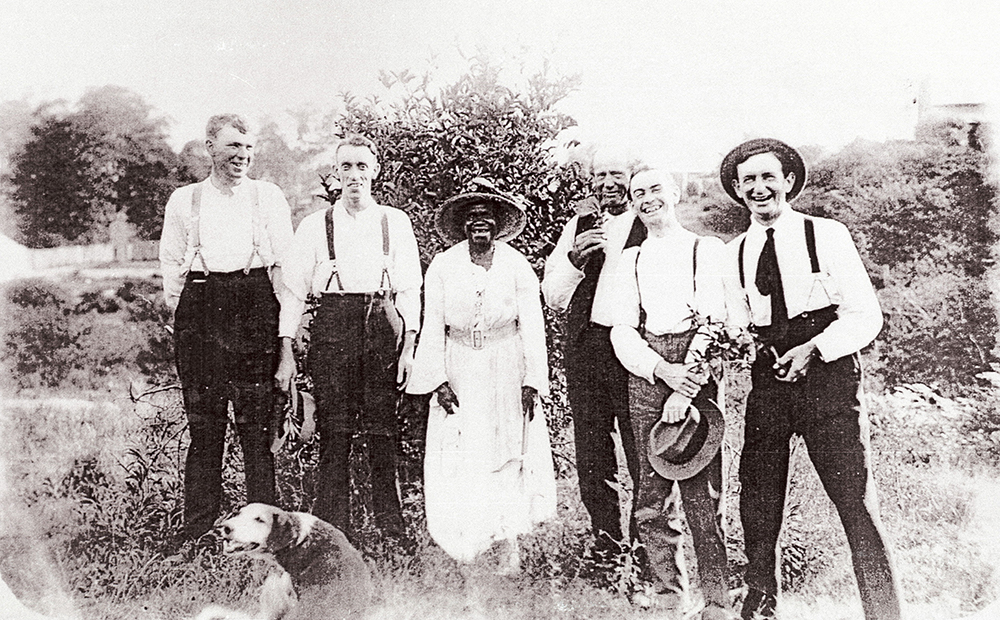 The Hunters Hill peninsula may have been the eastern limit of the Aboriginal tribe known as the Wallumedegal, with a group called Tharbane centred around Tarban Creek and the Gamaraigal group to the north and east of the Lane Cove River.

The Gamaraigal were known for their practice of removing a front tooth and for their funerary customs, but the language of most of the tribes in this region has largely been lost due to their early displacement. They had lived for many thousands of years in balance with a fragile environment, moving from one food source to another as depletion or season dictated. Shellfish and wildlife made the foreshores of Sydney Harbour an important source of food and the advent of white settlers was devastating. In his 1979 book on the destruction of the tribes of the Sydney Region from 1788 to the 1850s, When the Sky FelI Down, Keith Willey wrote: ‘All over Australia there was a general belief that the sky rested on props. In the late 1700s, news went around to tribes that the eastern prop was rotting, and that the old man in charge of it would not repair it unless he was sent presents. Many possum rugs and stone-axes were sent eastwards; all the stories locate the danger in the east, the direction from which white men had come. For the people living around Port Jackson and Botany Bay the cataclysm had been immediate and inescapable. The ships had arrived, the pale strangers had poured ashore. Their landscape and food supply were lost to the Aboriginal people, their weapons were stolen for souvenirs, and smallpox and famine killed half their population. The sky had indeed fallen’.

Parts of the foreshore around Hunters Hill are preserved more or less as they were when Port Jackson was charted in 1788. They conceal at least 51 Aboriginal sites that have been registered with the Aboriginal Heritage Information Management System. This includes middens in rock shelters, rock engravings, carved out ponds, shelters with art and other deposits as well as axe-grinding grooves. Along the river foreshores, stands of tall Eucalyptus trees have been preserved. Important remnants of native vegetation exist within Boronia Park, including several Endangered Ecological Communities. Along the Parramatta River there is regenerating bushland such as at Kelly’s Bush, including mature Coastal Banksias B. integrifolia.

The environment was strange to the early Europeans, as Joseph Fowles, chronicler and artist, wrote of the Antipodes: ‘The sun is North at noon – the North is hot and the South is the cold wind – the east the most healthy and the west the reverse… to these diversities may be added the swans are black, the eagles white, the cod fish is found in the rivers and perch in the sea, the vallies are cold and mountain tops warm, the trees shed their bark annually instead of their leaves’.

Lucy Willeri was a well-known Aboriginal woman who lived in Gladesville in the 1920s. She was from the Alligator River in Queensland and lived with her dogs in a humpy of scrap iron and wood in the lantana and blackberry bushes on the banks of Tarban Creek. When her home burnt down in 1923, the concerned citizens of Gladesville organised to build a small cottage for her in Auburn Street. More than 200 people attended the ceremonial handing over of keys by the Mayor of Hunters Hill. When Lucy died in 1928 and was buried in the Presbyterian section of Field of Mars Cemetery, the costs were met by the residents of Gladesville.

There were 489 Aboriginal people living in Hunters Hill at the time of the 2016 Census.