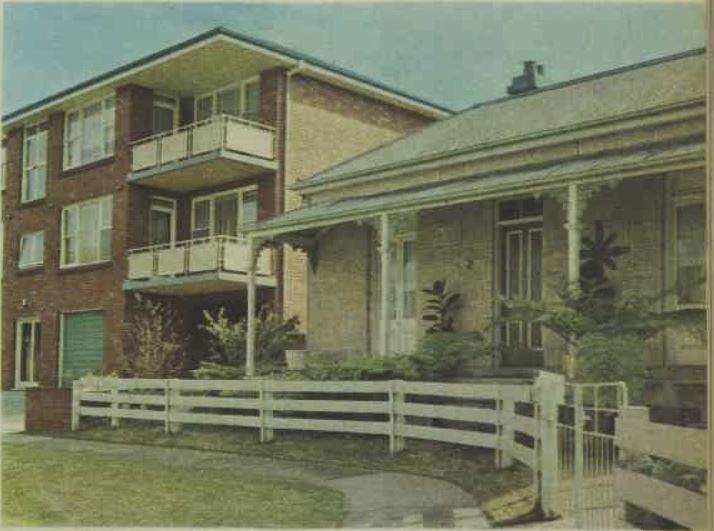 In the years following the formation of the Trust in 1968, the proliferation of buildings out of character in Hunters Hill slowed. However, in the 21st century the struggle to protect the existing fabric of the Municipality and to prevent ugly and unsympathetic development is a continuing battle. The Trust has been instrumental in preventing high-rise development within Hunters Hill but there is much pressure from developers to increase heights dramatically above the height now permitted in the Gladesville commercial precinct on the perimeter of the Municipality.

The replacement of bridges and expanded roadways as Sydney’s population grew and became more motorised demanded the removal of some splendid houses and the fragmenting of the Municipality to make way for such development.

Over seventy percent of Hunters Hill Council is within a Heritage Conservation Area, which includes the buildings in this collection. This requires any proposed works to comply with the controls and objectives set out in the Hunters Hill Council’s Local Environment Plan (2012) and its Consolidated Development Control Plan (2013) that relate specifically to heritage. Council’s Conservation Advisory Panel – a body arising from a proposal by the Trust for the Draft Town Plan of 1968 – has an important role in maintaining the integrity of local heritage by providing advice on development applications potentially impacting the special character of our historic area.

The Hunters Hill Trust has stated, and it has been proved, that buildings can be effectively ruined by over-sized or incongruous development in their proximity. It is for this reason that the Trust has urged the formation of historic districts with special provisions for area preservation. In 1981 the Heritage Council of NSW moved to protect over three hundred old buildings in Hunters Hill. Many had been built from stone quarried from the Hill itself, and they blend with the stone walls and are enhanced by the magnificent and now rare trees which have been their companions since the houses were built. The Trust’s mission is to work for the permanent protection of this unique historic environment of national significance. The character of Hunters Hill and the houses pictured in this collection merit such a future.