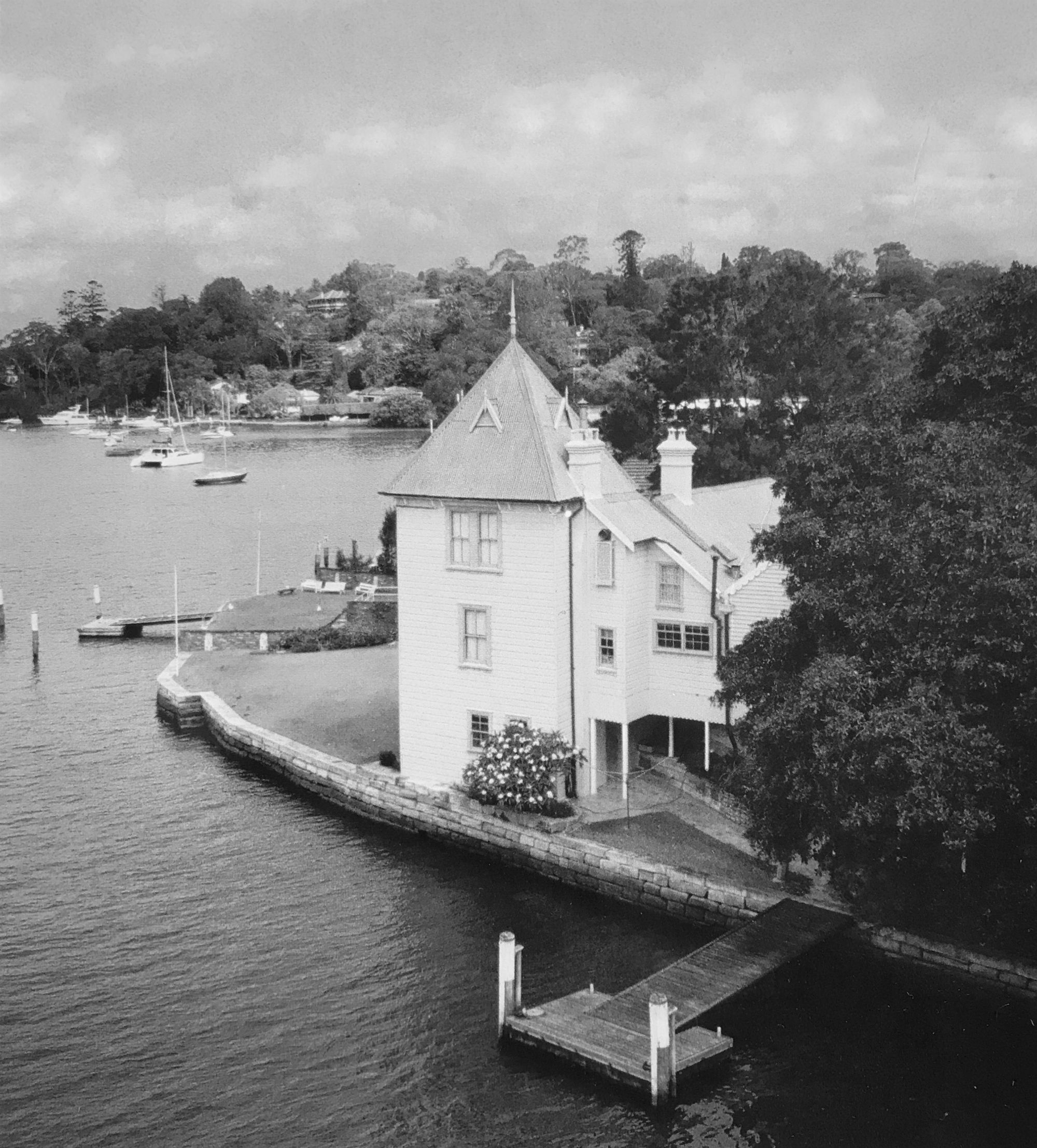 Mary Reibey (also spelled Reiby) was granted two thirty acre parcels of land in December 1835, and a further 11 acres in July 1839. She named Fig Tree Farm after a fig tree beside which she had two cottages built ‘for the men’, possibly convict labour. A little distance away stood Reibey Cottage, a cottage of stone and rubble.

As a thirteen year old in Lancashire, she had been convicted of horse stealing (riding a neighbour’s horse) and sentenced to be transported for seven years. In 1792 she arrived, was assigned work as a nurse maid and in 1794, aged about seventeen, Mary married Thomas Reibey whom she had met on the ship. When she was thirty-four he died and left her with seven children and extensive business concerns. By 1835 she was managing many successful investments and probably only visited Hunters Hill perhaps as a country retreat.

By 1838, land from John Rochester’s grants had been acquired and Figtree Farm was offered for auction and described thus; ‘110 acres, a house in the rough and two cottages for the men, also unfinished; a garden of 6 acres in cultivation planted with all kinds of fruit trees, pears, apples, plums, apricots, peaches, quinces, lemons and oranges. Vines are planted along the sides of the paths and are laden with very fine fruit. The house and the cottages are under the fig tree and the farm abounds with some very beautiful native flowers. The river has plenty of fish, the rocks are covered with oysters and the water is a luxury to bathe in.‘ The farm was not sold; instead it was leased, first to Joseph Fowles, an artist and later to others, before its sale in 1847.

Didier Numa Joubert and his wife Louise (Lise Bonnefin) purchased the farm in 1847 for £500, paid in instalments over four years. They built St Malo, a stone house which became a standard for much of the building in Hunters Hill.  It had a central door with fanlight, French doors at either side, two chimneys symmetrically placed and a stone paved verandah whose roof provided shelter from the high summer sun but allowed the slanting rays to enter in winter.

Didier Joubert built other houses in the area (see Coorabel, Annabel Lea, Warrawilla, The Bungalow), some of which were demolished to make way for the expressway including St Malo and Reibey Cottage. Joubert’s best known remaining building is Figtree House, which he constructed by adding to the two original workmen’s cottages.

Before the expressway cut through the area, this was an important centre in Hunters Hill. Avenue Road and The Avenue joined, Figtree Chapel was at the top of the hill on Church Street, the slopes were dotted with gracious stone houses inhabited by the Jouberts and those who worked in their ferry and building projects and lessees. To the east across Mount Street was Jules Joubert, who had followed his brother and was also building stone houses. On the present High School grounds was the Pleasure Ground, along the foreshore near the ferry wharf were the boatshed and ferry-building dock. Subdivisions began in 1876 and St Joseph’s College was built on some of the land to the west. The unusual width of both Martin Street and Figtree Road accommodated the horse-drawn vehicles bringing provisions and passengers to and from the ferry wharf to the College.

After Didier Joubert’s death in 1881, son Numa Auguste Joubert (who had married a Bonnefin cousin) returned from New Caledonia, bought land to the west of Figtree along the present Bonnefin Road and daughter Rose and her husband Arthur DuBoise came to live in St Malo. Figtree Bridge was completed in 1885, the result of much campaigning by the Joubert brothers and others over several years. Tea rooms were added to the waterfront complex, and pleasure boats and colliers were part of the busy scene.