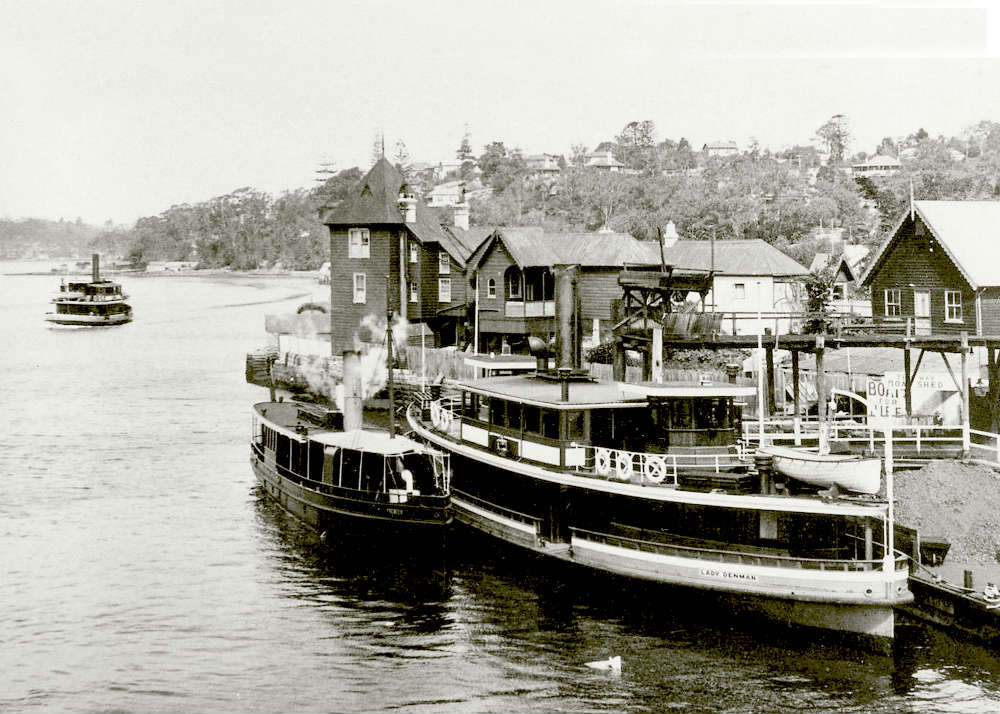 Hunters Hill’s greatest advantage was then, as it is now, the waterways on either side. The first vessel able to carry cargo that stopped at Hunters Hill was the Rose Hill Packet called The Lump (ten tons powered by oar and sail). In 1829 a petition from Kissing Point requested a punt. In addition to Edye Manning’s steam ferries (the first was Experiment in 1835) which went past to Parramatta, there were less formal services. Jules Joubert later told of ‘French Louis’, who had run away from a whaler and in a drunken spree sold his property for a bottle of rum and a near-worthless coin. French Louis failed to regain his property when sober, returned to drunkenness and took refuge under a rock at the entrance to the Lane Cove River, ekeing out a living by selling oysters and ferrying passengers in an outrigger, S.S. Island Canoe.

In 1856, a meeting was held to consider ‘the best means of establishing a direct and regular communication with Sydney’. Mr Edye Manning of the Parramatta Steam Ferry Company was complained about, as his profit of £6500 per annum was thought excessive. Proposals were made to establish a ferry company. The Joubert brothers chartered the Ysabel in 1860 and there was immediate competition. The new company undercut the other, charging sixpence instead of one shilling for some time, and it provided more frequent services. In 1865 a committee was formed, then a company with the Joubert brothers, Charles Jeanneret and others. This company appears to have amalgamated at least briefly with Edye Manning’s Parramatta service. Didier Joubert and later his son Numa carried on the Lane Cove ferries until 1906, with an entertainment complex beside the main wharf at Figtree. In 1869 Jeanneret took over the management of the Parramatta River Ferries and in 1876 he purchased the company from Manning. It ran passengers from Parramatta to Darling Harbour. Paddleboats, drawing 2½ to 3 feet, ran right up into town, but when these were replaced by screw boats, the run terminated at Queen’s Wharf.  In 1884 a steam tram line was started by Jeanneret, running between the wharf and the park gates.

Hunters Hill was a popular place for picnics, and ferries would bring parties to Seymour’s Pleasure Gardens (where All Saints Church now stands), the Fern Bay Pleasure Gardens (now the site of the Pulpit Point estate), and the Avenue Pleasure Grounds, the land now occupied by the high school.

The old Gladesville Bridge introduced the first competition for ferries east of Parramatta when it was completed in 1881. It was 896 feet long, an iron, opening span bridge. As the ferries stopped at many points along the peninsula, they remained a part of the way of life in Hunters Hill. 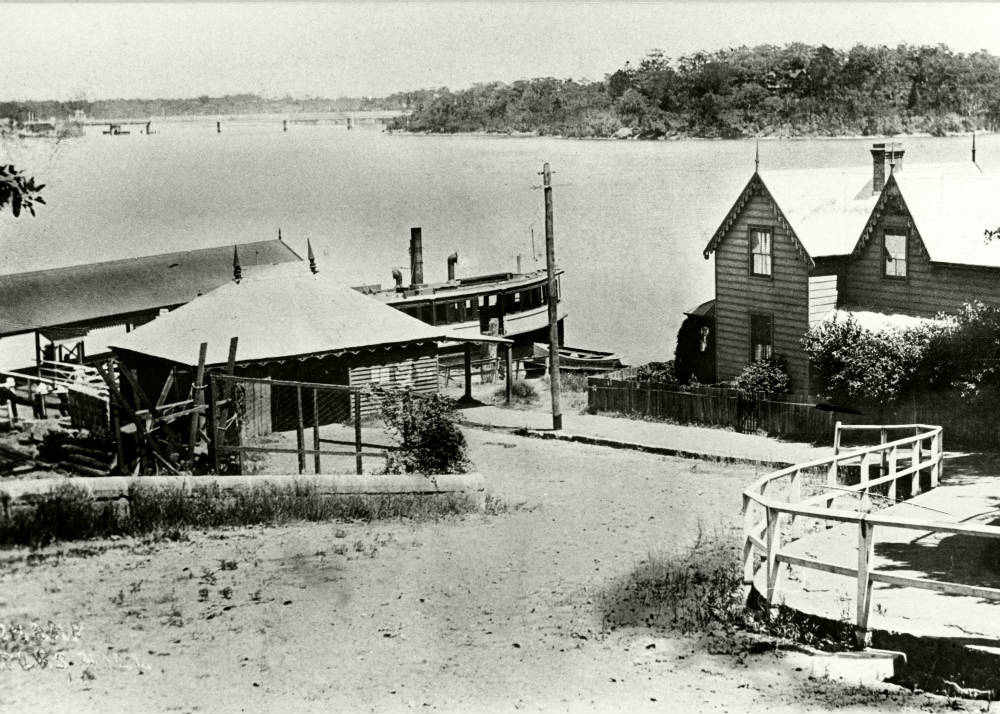