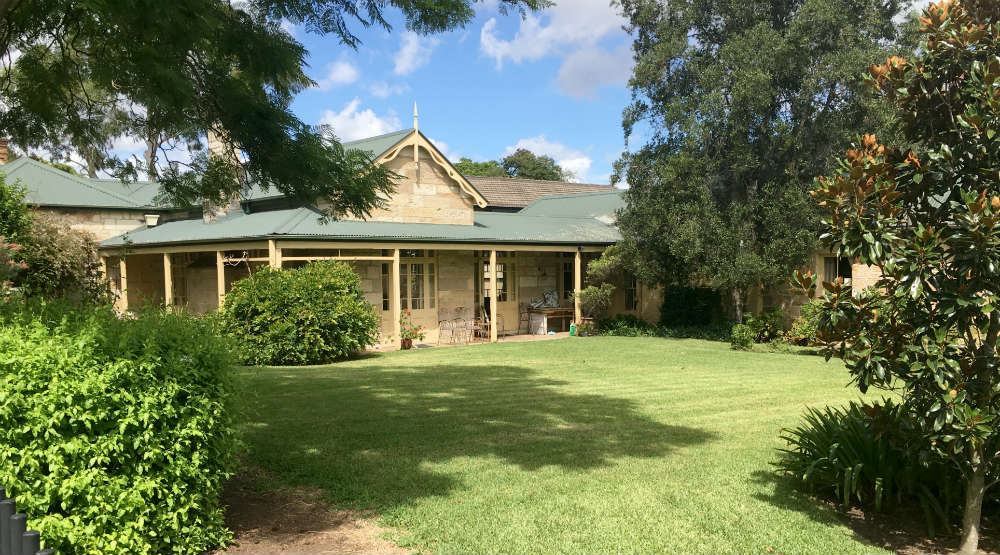 Madeline Street traverses an area which was an original grant to J.R. Hatfield in 1839. The area later attracted Jules Joubert, who built several houses and named the streets after members of his family. Dairy cottages, stables, stonemasons’ cottages and later speculative building remain as an indication of the pattern of life in the 1860s, 1870s and 1880s. Many of the Italian stonemasons who came from the north of Italy and villages across the Swiss border settled into modest stone cottages in and around Madeline Street. Some old stone walls still mark the boundaries which existed then. Stone was quarried from the hill above Mount Street.

In the 1860s Richard Jarman owned the south side of the block, which was an orchard with two or three cottages. Where 15a and 17a now stand there was a stockyard in the 1870s which extended to Alexandra Street. Several shops and houses stood on the north side where the Bowling Club is now, and Louis Rinaldi lived in one of the houses, a two-storey stone house built in the 1890s to replace a timber cottage (he recollected that when he looked from an upper window across the stockyard, he could watch the passing carriages or see Judge Manning’s horses being prepared in the stables). There was a dairy at 25 Madeline Street.

The lamplighter, George Rostock, lived on one corner. The Bowling Club is on Lenehan’s Paddock, and Andrew Lenehan’s son built Malvern (now Ysabel) and other brick houses in Ernest Street. The honorary Town Clerk, Mr Glassock, lived at the corner of Ernest Street in 1861. The proclamation of Hunter’s Hill as a Municipality was handed over to aldermen at 11A Ady Street (Innisfree) and a room in Mr Glassock’s house served for a time as the Council Chamber.