Creation of a Suburb 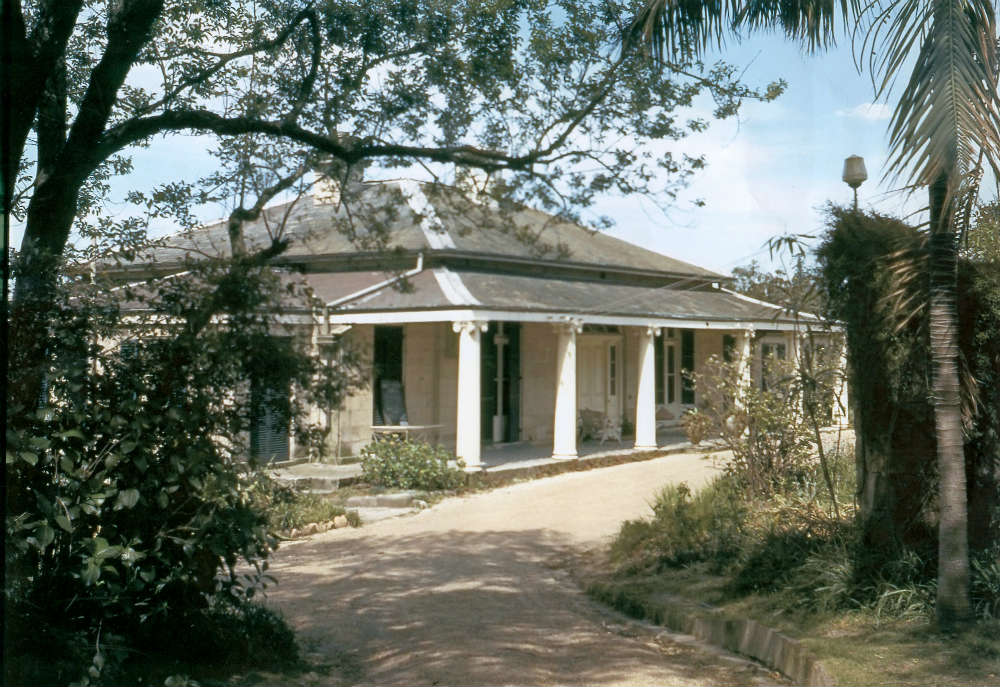 The French connection with Hunters Hill developed in 1847 with Didier Joubert’s advice to the Marist Fathers to acquire Thomas Stubbs’ farm on Tarban Creek, where they could establish a mission base for their work in the Pacific. Then, and only then, did Didier acquire Mary Reiby’s nearby Figtree Farm on his own behalf to settle and oversee their needs of supply and shipping. Documents of both farms survive – a set of drawings sent by the missionaries to France and a sketch showing a cluster of rustic buildings by Colonial artist Joseph Fowles, then employed at Figtree Farm.

Didier Joubert was a shipper and trader from Bordeaux, who brought wines and sugar across the Pacific ports. His marriage to Lise (nee Bonnefin who came from Mauritius) had been conducted by Bishop Pompallier in 1839 at the Marist Fathers’ mission at the Bay of Islands in New Zealand. Soon afterwards, when he was visiting Paris, discussions led to their new base at Hunters Hill. The term ‘French village’ is attributed to Didier.

Count Gabriel de Milhau’s property on Tarban Creek was next to the Marists’ farm; he was a close and trustworthy friend of the Jouberts and had arrived on the same ship in 1849 as the young Leonard Etienne Bordier, who imported the four prefabricated timber houses erected in Ferry Street around 1854.

Reminders of the French presence in Hunters Hill are more likely to be found in street names on early subdivisions than for a distinctive architectural style. Even Passy ‘home of the French Consul’ follows a conventional mid 19th century British taste. This was Didier’s grandest gesture, a splendid mansion on 30 acres – with an orchard and vineyard – occupied by the French Consul Louis Sentis, and a social focal point when the first Regatta was held, glowing reports of which appeared alongside advertisements promoting new subdivisions.

Various marine villas erected 1855-1865 attributed to English engineer/architect William Weaver follow similar forms, particularly in their formal rooms facing the river, a preference that may have followed Didier’s own St Malo c1845 (demolished in 1961 to make way for the North-western Expressway through Hunters Hill) and for which no architect or designer is known. It is the unique design of the highly functional farmhouse Annabel Lea, with its deep cellar, storerooms and basic accommodation that appears essentially French.

A distraction from Hunters Hill interests occurred when Didier invested in New Caledonia where son Ferdinand started a sugar plantation and a French governor and troops brought lucrative opportunities.

Jules Joubert, Didier’s younger brother, received ‘by inheritance’ a subdivision near Alexandra and Madeleine Streets, mostly in small allotments sold to stonemasons and tradesmen. He was a major figure in Agricultural Society Exhibitions. Jules’ role in Sydney’s first International Exhibition of 1879 encouraged French enthusiasm and perhaps his use of curved decorative iron around Moocooboolah (built 1863) overlooking the Lane Cove River was a special gesture for visitors.

An 1870s subdivision of 130 acres belonging to Didier brought dramatic change to the western side of Hunters Hill. The decorative Villa Maria Church was built by 1871, followed by the purchase of the large site for the French Marist Brothers’ St Joseph’s College, an impressive main sandstone building and a tower that is a major landmark. The surrounding streets, named after the Apostles, contain generally modest houses of stone or timber. Didier Joubert died in 1881 after 40 years in Hunters Hill.  He, Gabriel de Milhau and Jules had all been Mayors of Hunters Hill.

In 1888 Numa, Didier’s son, whose Lane Cove Ferry business and Avenue Pleasure Grounds had proved popular, also became Mayor.  He built the prominent Gladstone Hotel on the corner of Alexandra Street.  Although he moved to the Richmond River, one daughter remained into old age in a house on the first major subdivision in Hunters Hill.

Charles Edward Jeanneret was responsible for the building of many houses on the southern side of the peninsula. English, though descended from a Huguenot family, his father was Henry Jeanneret, who practised medicine in an Aboriginal settlement on Flinders Island. Dr Jeanneret’s friendship with Truganini is reflected in the name of his principal home, Wybalena, the name of the Aboriginal settlement. Truganini said it means ‘blackfellow sit down here – by campfire’. Dr Jeanneret laid complaint against the military guard, charging malpractice with the natives; he also charged the catechist with cruel treatment and neglect of native children. He was suspended from office but later reinstated and remunerated. After the settlement was abandoned in 1847, Dr Jeanneret returned to England.

His eldest son, Charles Edward, returned to Sydney from England in 1856 and was an employee of the Bank of New South Wales. In 1857 he married Julia Ann Bellingham of a Hunters Hill family and began his long career of investment in land, building, municipal involvement, transport and State politics.

The Jeannerets first lived in Somerville in Ferry Street, one of the prefabricated timber houses imported by Bordier. In 1858 C.E. Jeanneret then built Cambridge and Lyndcote, and lived in Lyndcote. In the 1870s he acquired 11 acres of land and built Wybalena, where the family with its eleven children lived. St Claire and Waiwera were built at the end of the decade. Jeanneret’s importance had increased; he had been Mayor of Hunters Hill as well as the manager and then owner, of the successful ferry company, Parramatta River Ferries. In the 1880s he ventured into tram services, was elected alderman to the Sydney City Council and in the next year 1887 he was elected to the Legislative Assembly.

In 1888 he had Glenrock, Glencairn and Glenview built, and in 1889 Lugano and Meryla. In 1893 Norwood and Eurondella were built, in 1894 Yandra, Herne and Gomea, in 1895 another Wybalena, this one in Woolwich Road.  After this, Jeanneret retired to the country property of his four sons until his death in 1898. Mrs Jeanneret returned and lived in the second Wybalena until her death in 1919, and this area was populated by their children and their families; two sons continued the ferry company. Several of the houses had been built for Jeanneret children on their marriage.

Due largely to 50 years of local heritage controls, the surviving buildings with a French connection form a unique reminder of design examples of early suburban Sydney. 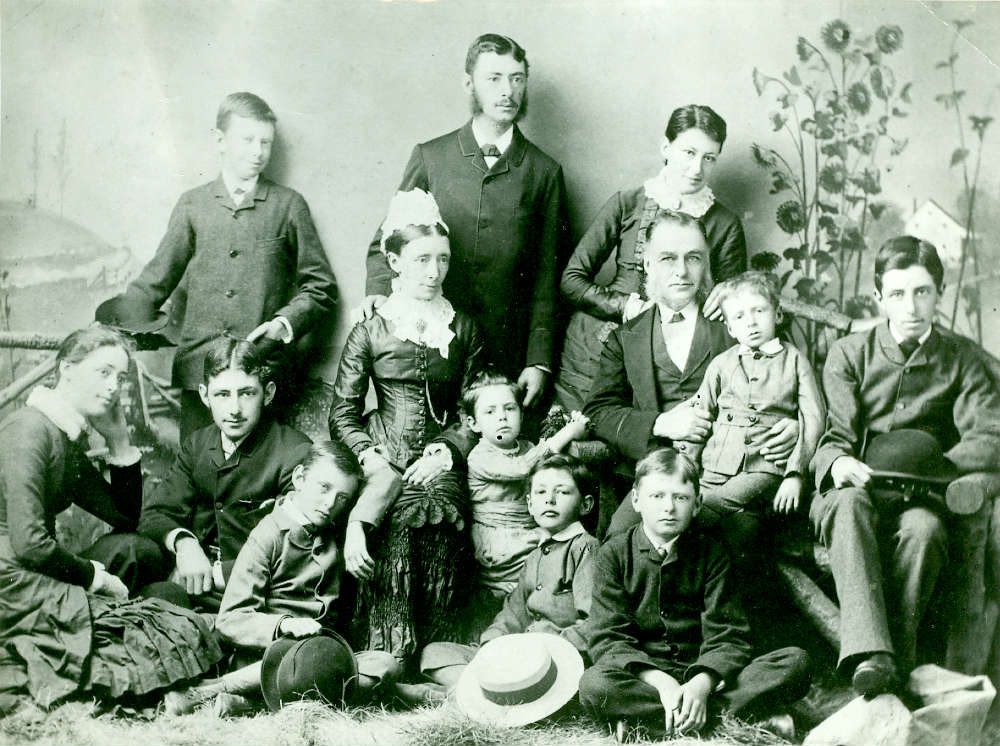