This house was built by Charles Edward Jeanneret in 1893 and called Brynestyn. From 1894 to 1919 it was occupied successively by Henry E. Grear, Edward W. Gregory, C.H. Gale, F.A. Russell and the Rev R. Jackson, who changed the name of the house to Ulan. It was bought in 1920 by Edwin Roy Barker, who lived in it until his death in 1968. It was first listed in Sands Directory as Eurondella in 1924. Mr Barker, a celebrated oarsman, took part in the Olympic Games in Stockholm in 1913 and on his return to Sydney settled in Hunters Hill, first renting Glenrock (27 Glernview Road) and later buying Eurondella. In 1912 he married Meta Beatrice Doyle, great granddaughter of the first Bishop of Australia. 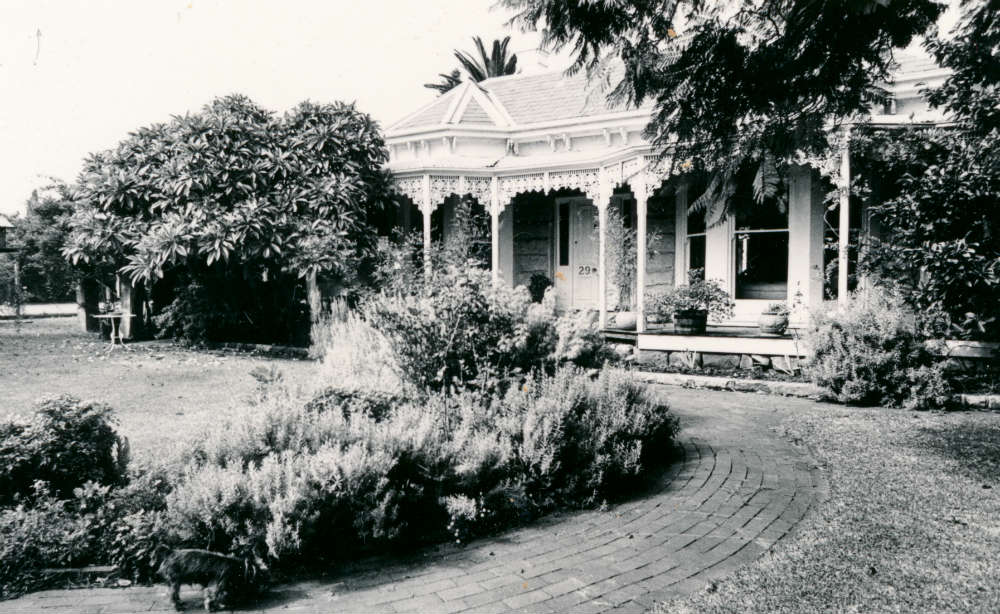