Alfred Randall bought this land for £480 from Numa Joubert in 1883 and built the house in 1885. He lived here with his family and his wife’s parents and brother, W.C. Piguenit, internationally known as a landscape painter of Tasmania and NSW. The house was named after the province in France from which the Piguenits came. Members of the Randall family owned and occupied the house until 1975. Alfred Randall also built, in 1896 after his wife’s parents died, the house next door, Kaoota, but they found Saintonge too difficult to let and moved back after a year. Randall was a civil engineer (NSW Railway Department), and Saintonge reflects an engineer’s concern for durability. The floor boards are exceptionally thick and the house is constructed on a rise to prevent damp. Two lightning conductors, with fleur-de-lis finials, were designed to prevent disaster from above. The style of the house is a fairly austere version of Victorian Italianate. 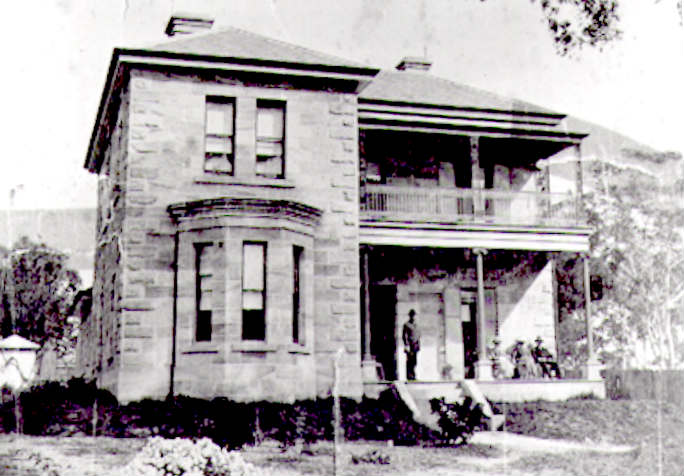