The Haven was built around 1859 by Jules Joubert (see 25 Ernest Street) on land owned and subdivided by his brother Didier Numa Joubert.  It was one of a series of marine villas built by the Joubert’s between 1855 and 1860 on elevated sites overlooking the Lane Cove River. The house was bought by William Branch Campbell a Sydney merchant, in 1861 for £300. He named it Clarence Villa and is credited with creating its first garden. Along with Jules Joubert and Charles Jeanneret, Campbell was one of the first directors of the Parramatta River Steam Company formed in 1865.

In August 1868 the ‘choice marine villa residence well known as Clarence Villa’ was offered for auction and described as a two-storey house ‘most substantially built of stone’, with verandah and balcony.  As well as the entrance hall, drawing-room, dining-room, breakfast room, library, five bedrooms and two dressing-rooms with baths and water laid on, there was a dairy, kitchen, pantry, laundry, wash-house, servants’ bedroom and cellar’.  ‘The grounds’, said the Sydney Morning Herald were ‘terraced from the house to the river and planted with choice flower shrubs and fruit trees, had been laid out with the greatest care and without regard to expense’.  Water was available throughout the grounds, ‘supplied from an inexhaustible reservoir’. There was a stone stable, stone storeroom and ‘a room adapted for a schoolroom.’

The property was bought by Richard Sim, owner of the National Steam Flour Mills in Goulburn Street. He lived there with his wife and seven children until around 1872 when they moved to a new stone house he had built at the bottom of Ambrose Street, the house now known as Milthorpe.  The house was sold in January 1879 for £1750 to a merchant from Newcastle named John Rayner Bingle who had set up a shipping and commission agency business in Sydney. He renamed the house Rocklea but lived there for only a few years before moving to Glebe Point and Rocklea remained untenanted.

The house was eventually auctioned around 1886 and sold to Bernard McBride, a tailor in Oxford Street, and he and his wife Hannah and their five children moved into the house renaming it Assaroe.  Hannah died in 1902 at the age of 50 and the McBride family lived there until 1918 when the property was sold to Percy Allen, an accountant. Allen owned the property adjoining Assaroe on the north-west and in 1919 he subdivided the McBride estate creating McBride Avenue. The land fronting the river north of the new street, which included the house Assaroe, was sold to Professor Francis Anderson who renamed it The Haven. The land south of McBride Avenue was further subdivided and this southern portion of the property included a five-room stone cottage (now no.26 Madeline Street) that had been let to tenants since at least 1885.

The Haven sold again in 1938 and the new owners Mr & Mrs Roberts ‘completely restored and modernised’ the house after the war, owning it until 1968. Two buildings belonging to the estate still exist, as do fine old trees such as a glochidion ferdinandii and a Norfolk Island pine. 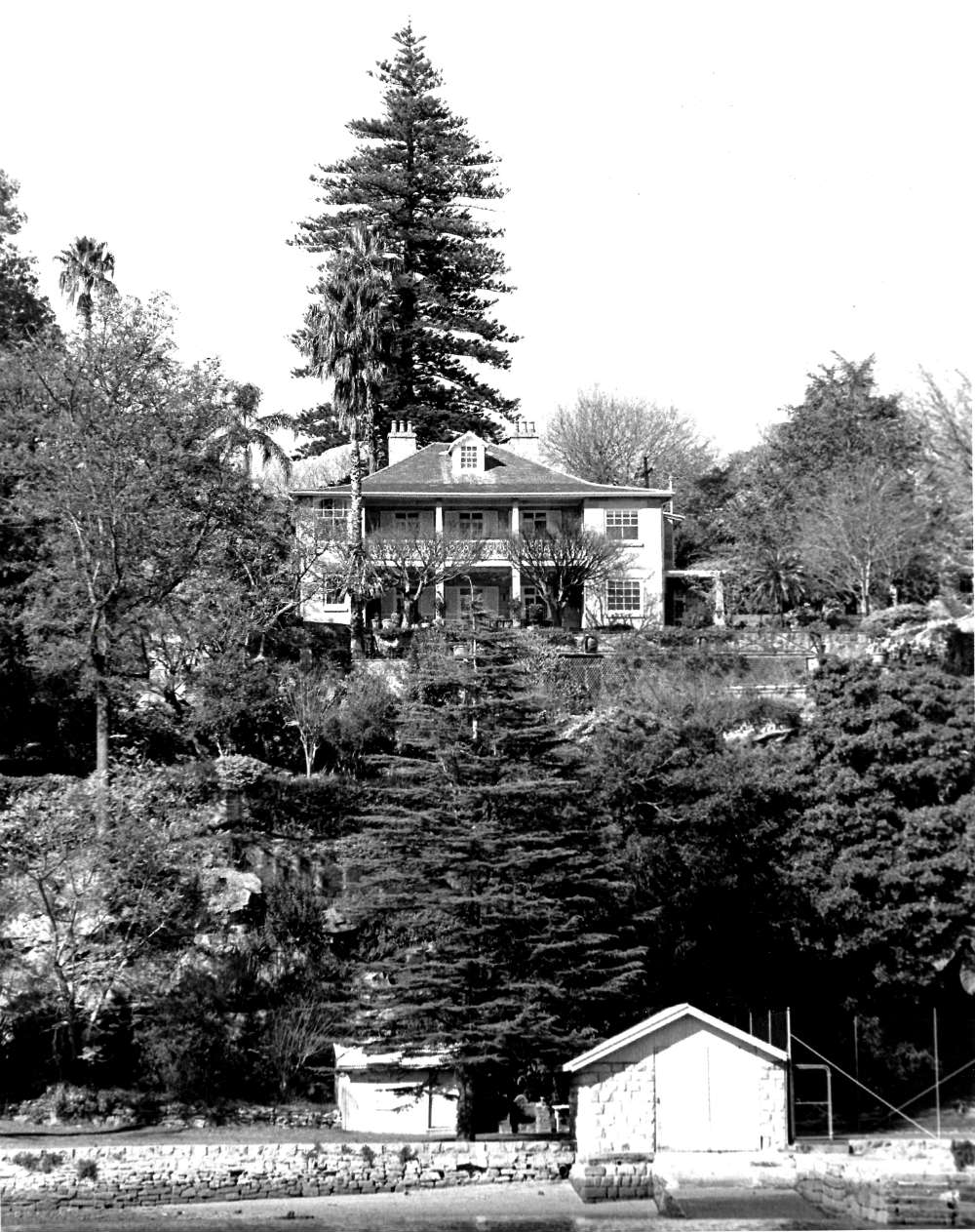