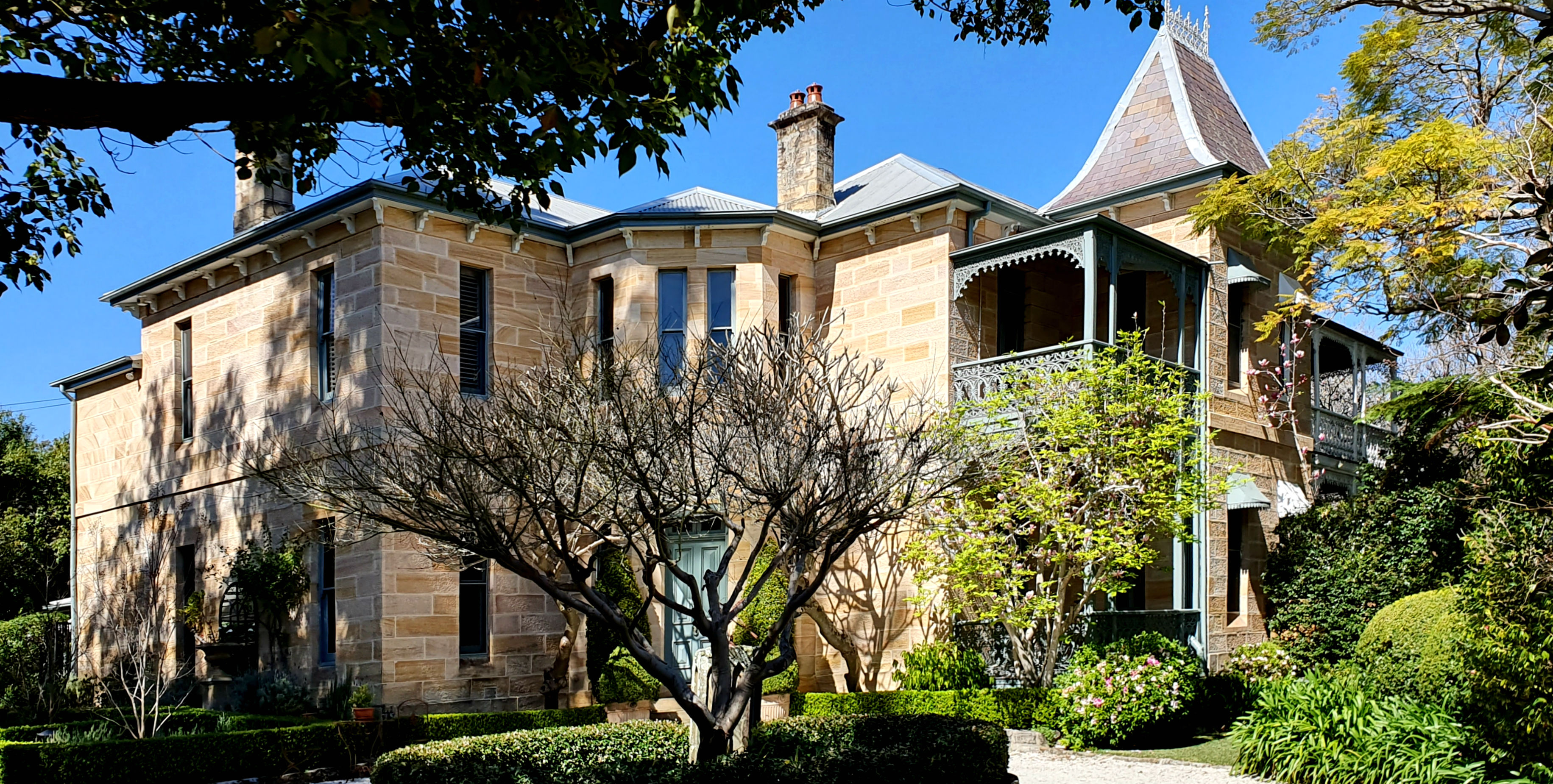 Charles Edward Jeanneret built this half of a pair of two-storey attached houses in 1878 and 1879 (see St Claire, 2 Wybalena Avenue). Waiwera was the first part completed and the curved roof and cast iron trim of the tower are a notable feature of both houses. It was the home of Dr Frederick Norton Manning, Superintendent of the Insane at Gladesville Hospital from 1868 to 1884. Sands Directory shows Dr Manning here until 1899, Mrs F.W. Smith lived here until 1902 and the Rev R. Jackson (Presbyterian) until 1908. The house was apparently empty between varied names, suggesting that it was being let.