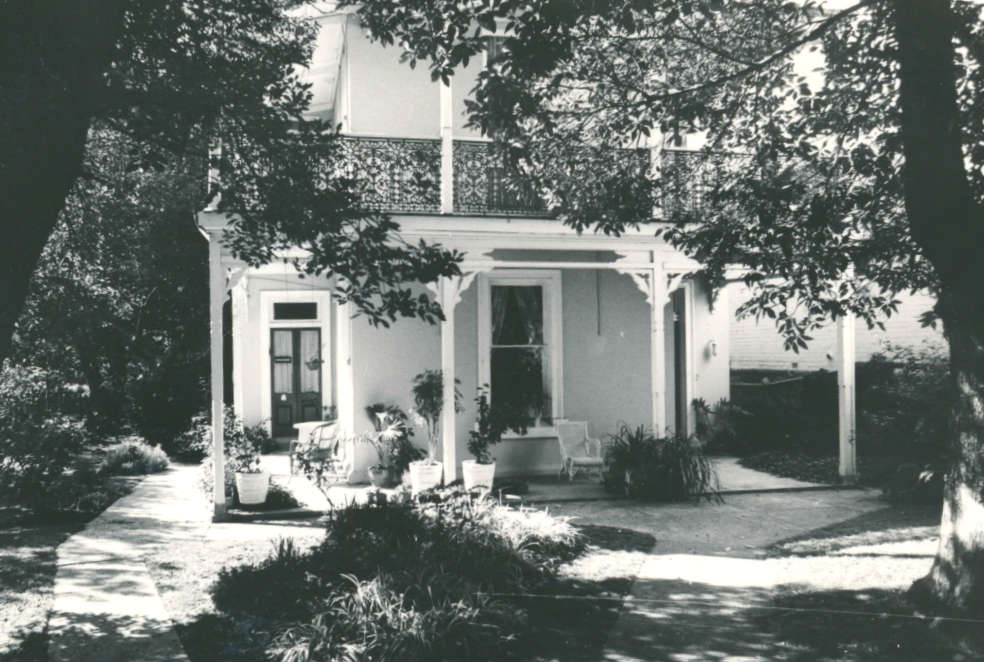 Gale Street was named after Robert Vining Gale, variously a schoolmaster, Mayor of Hunters Hill and Town Clerk. As vacant land, this lot belonged to his son Wilberforce S. Gale in 1889 and to George Fesq in 1890. The house subsequently built was called Avon and lived in by Wilberforce. Subsequently it was left to St John’s Anglican Church in 1920 and in 1924 the Rectory, listed as Avon, had the Rev Hofferman residing in it. The house was sold by the church in 1970.