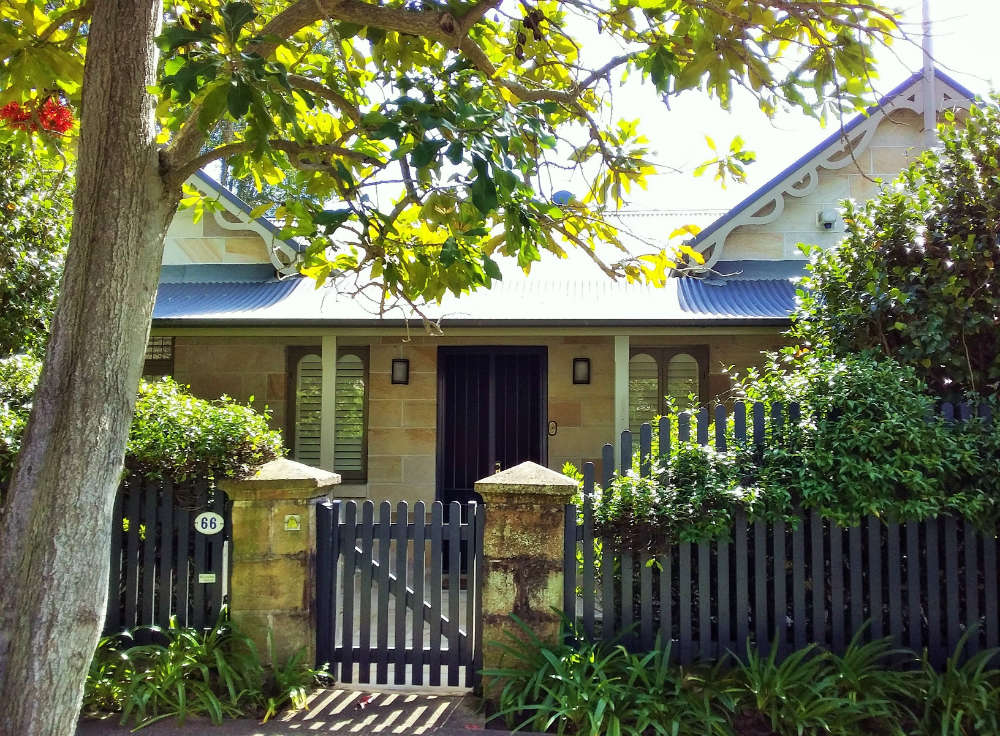 This house and its neighbour no. 68 are both sandstone, similar in style, and were built by Swiss-Italian stonemason, Antonio Bondietti between 1868 and 1870. It was sold to Mrs Elizabeth Potts in 1875 who was listed in Sands Directory as living in Tenby. She lived here for many years while no. 68 was tenanted but by 1904 Mrs Elizabeth Freeman was here and then in 1911, John Schulties. Cecil Potts was listed in the same location now called Wallarah in 1914. During 1924 the house was sold to Harold Minton Taylor, a solicitor.