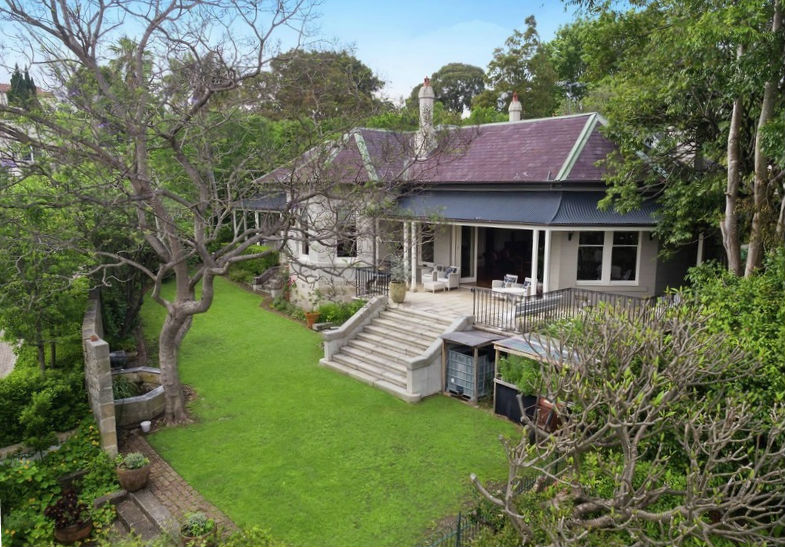 This house was constructed as a marine villa facing the river and is shown as occupied by N.J. Crocker in the 1885 subdivision of the adjoining Monte Cristo estate. However it was owned by his wife Juliet Crocker who had acquired the land from Alexander Borthwick Junior in February 1883. It is apparent the house was constructed between 1883 and 1885. A large barrel vaulted brick and sandstone-lined well survives from this period. From 1890-1905 it was the residence of John Armstrong KC. In 1905 it was occupied by Charles Vernon Cotton and it remained under the ownership of Ethel Cotton of Woolwich, a widow, until 1942. During WWII it was used as a boarding house and was occupied by US naval officers following the battle of the Coral Sea, when US navy ships were under repair at Cockatoo and Garden islands.

Eversley originally had lawns running down to the river where, in 1898, a large marquee was erected to host the wedding reception of the eldest daughter of John Armstrong. The invited guests included Mrs Edmund Barton, wife of Australia’s first Prime Minister. In 1958 the property was subdivided and Eversley underwent significant restoration in the 1980s. The wrought iron driveway fence was originally part of the boundary fence of the Botanic Gardens and the pedestrian entry gate is one of three early wrought iron panels recycled from a colonial government building at Parramatta.