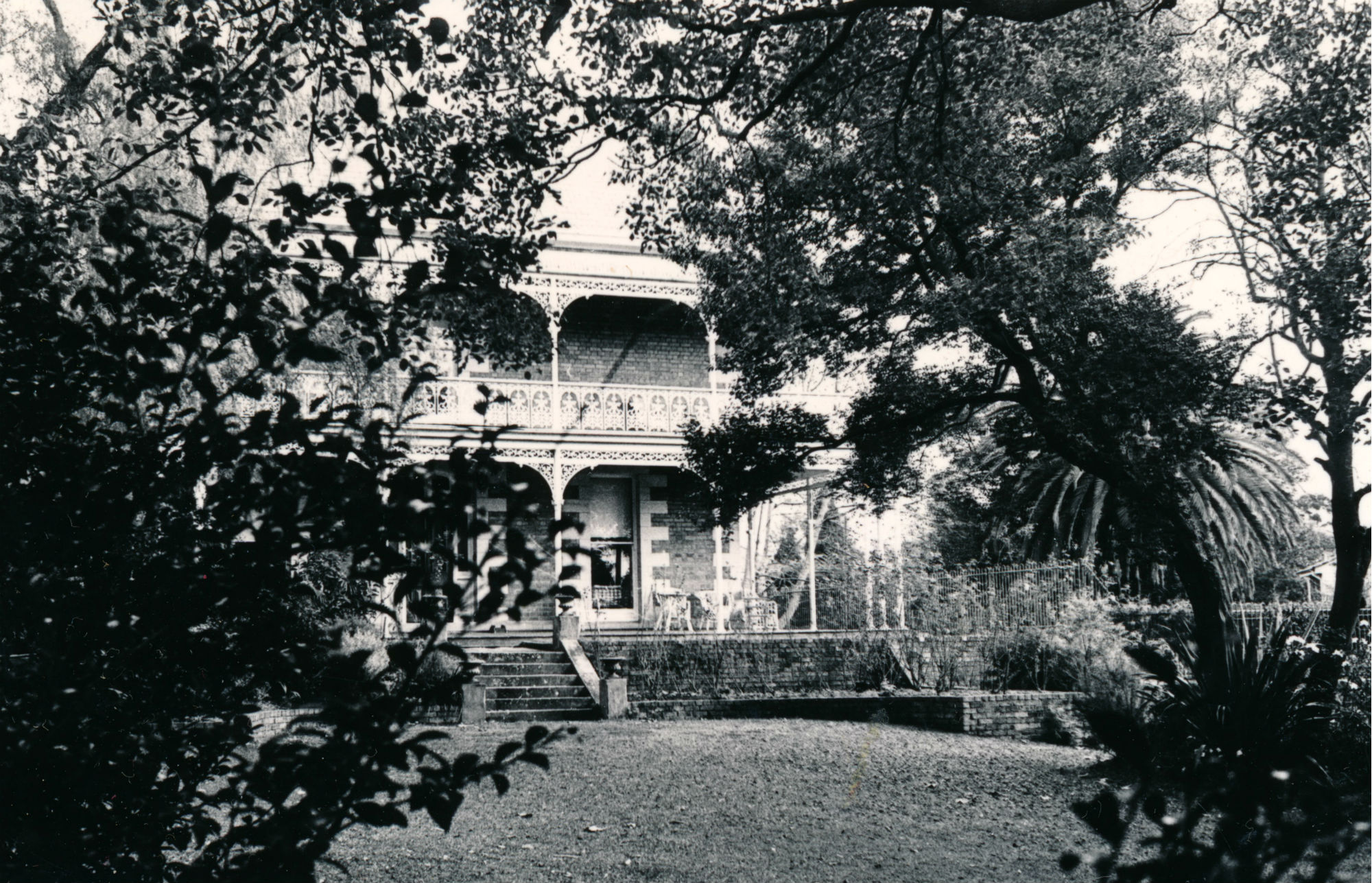 This brick house, with its wide verandah and 371 foot frontage to Madeline Street, was built in 1890 for Andrew Francis Lenehan, whose father Andrew Lenehan, fine furniture maker, had owned and lived in Potsdam (25 Ernest Street) until about 1882. This house was built on part of that property. The ten-room building with two kitchens was called Huaba, the Maori equivalent of Emoh Ruo. Rachel Henning (author of the Rachel Henning Letters) lived here in about 1900, before she moved with her sister and brother to Passy. By 1912 it was a Boys’ School known as Malvern. The school had started as Mrs Stephenson’s in 25 Alexandra Street and in about 1911 Frederick Frith took over the then Hunters Hill Grammar School and about a year later moved here, changing the name to Malvern Preparatory School. In 1915 the Rev Alfred Rolfe took over the school. In 1963 house and land were sold to the Hunters Hill Bowling Club and a large part of the land and playing fields became a car park. It was once owned by tennis  player Lew Hoad and in 1976 was renamed Ysabel after Jules Joubert’s first small Lane Cove steam ferry. It has now reverted to its original name.