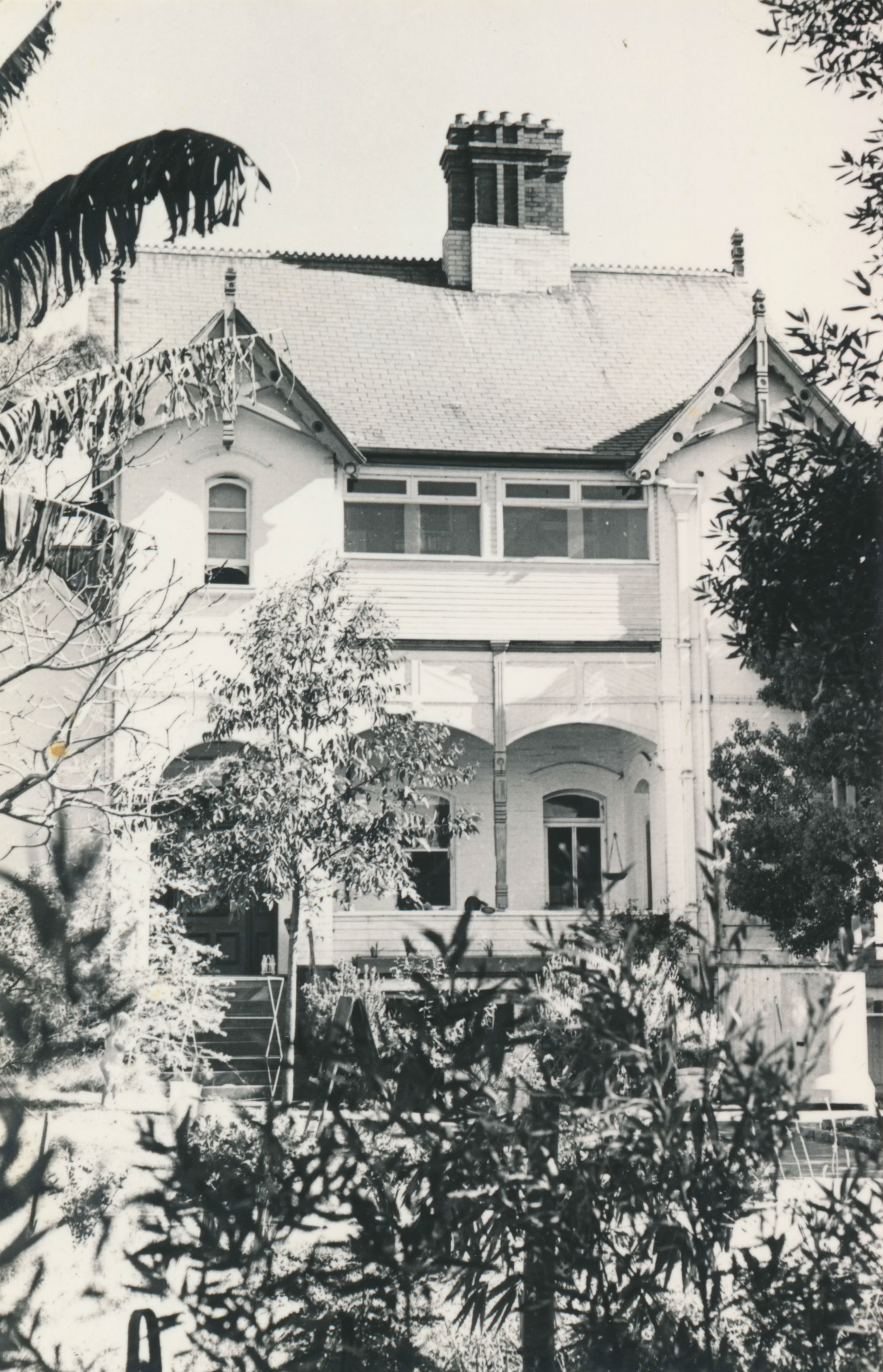 Ardenclutha was built by Azzapardi for the Reverend George McIntosh, of Parramatta, after he purchased two lots of the land at a public auction held on the Field of Mars Common in 1885, for £125 each. The land was described as being: part of the subdivision of the Field of Mars Common, fronting the then Hunter’s Hill (now Ryde) Road and backing on to Everard Street. A two bedroom cottage was built prior to the present mansion, to which it is attached. Sands Directory listed G.J. Azzapardi as resident in the 1890s and early 1900s.