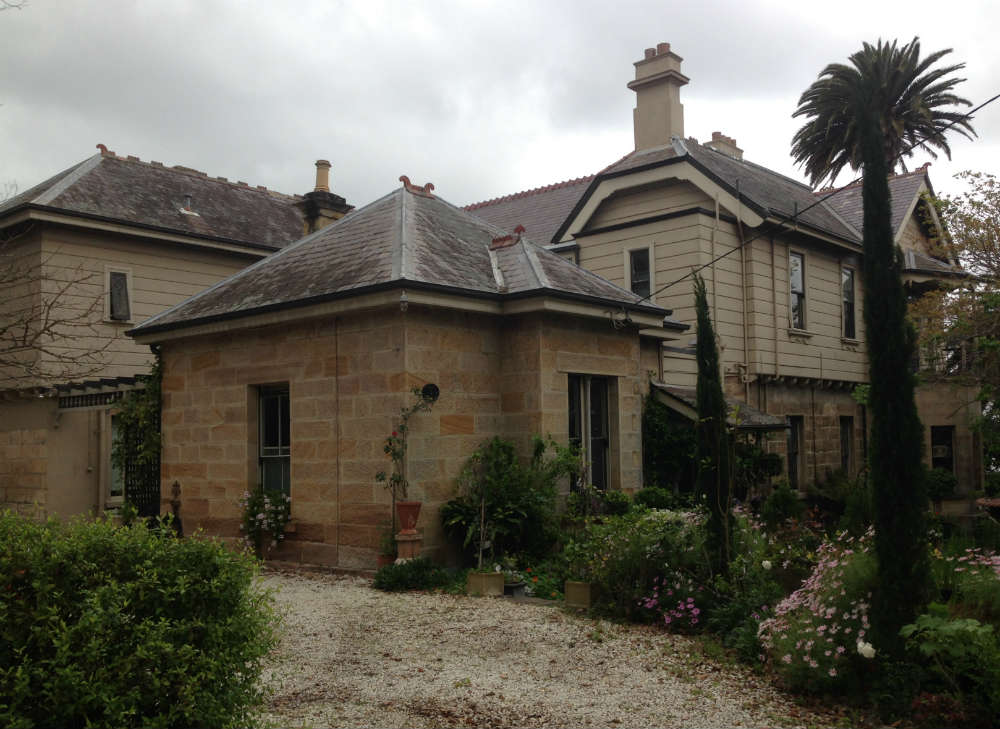 William Wright owned a house on this site in 1861 and let it to Mrs Clapham, who provided accommodation for school children going to the Chapel Schoolhouse in Church Street. By 1864 it was let to Dr J. Gerard (see Eulbertie, Stanley Road) for £30 per year. In 1875 the name Anderson was on a map in this area. In 1878 J. Gerard bought the house from Wright for £1400; Gerard sold to Dr Henry Rickards in 1879 and the rate collector’s description of the house changed from five to thirteen rooms, ‘stone, with two cellars on 2 acres, waterside, Drummoyne Street’. The house was increased again in 1881 to seventeen rooms. From 1887 to 1900 His Honour W. Walker Gregory, of the Supreme Court, lived here. From 1904 to 1906, Cambridge School was here under Miss Hooper (see Cambridge, Lyndhurst Crescent).