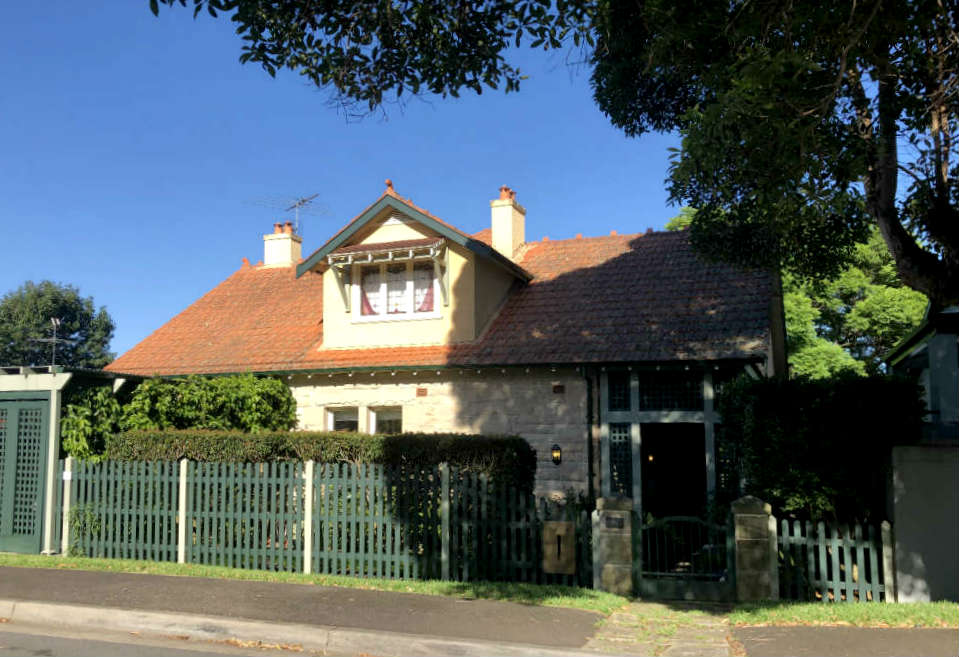 Arts & Crafts influenced cottage rendered in local stone and, though modified, it demonstrates the stylistic influences current at the time. Most probably built by Mitchell Waddington, quarryman. An example of the development of land that was essentially an ‘outlier’ allotment in the Pulpit Point area. A sandstone bungalow of similar style to many others of early 20th century – rusticated sandstone with a three sided verandah and curvilinear timber posts.