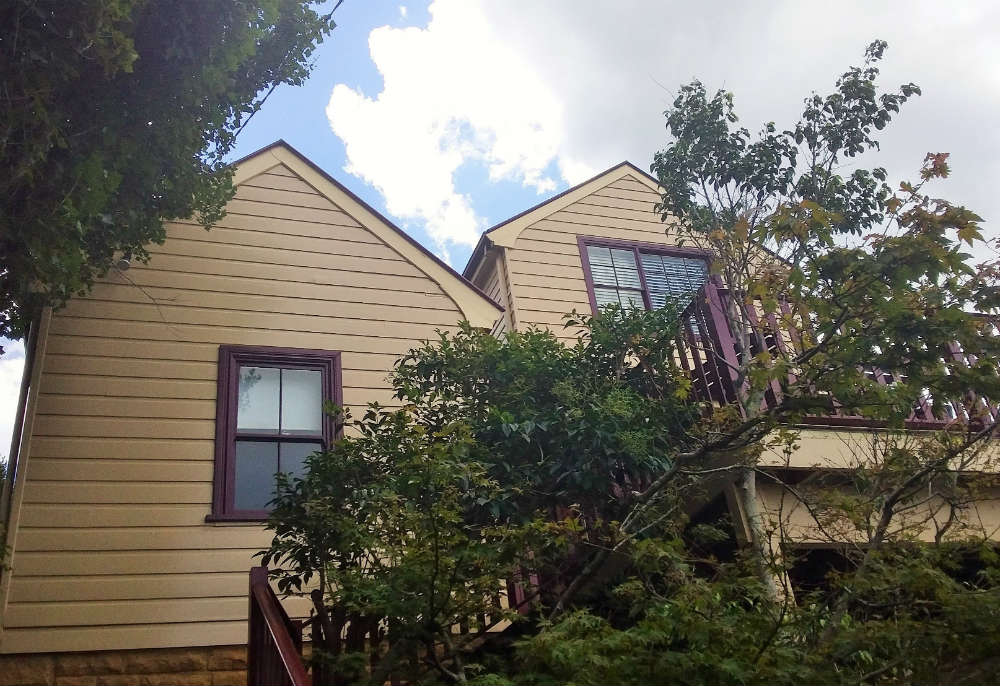 This property is Lot 9 Section 1 of Clarke’s Estate and documentary evidence indicates the house predates the subdivision of 1905 and is believed to be the residence of Wilmot C. Clarke, descendant of the original grantee John Clarke. Sands Directory notes the subsequent occupants as Oswald Monk (1920), Arthur Carlson (1925) and A. Robinson Warwick (1927-1930). The timber house is set well back high on a sandstone outcrop and to the west retains its 19th century form. An attic extension to the eastern side made in the 1960s has not disturbed the original structure. It is opposite Clarke’s Woodstock, one of the earliest houses in Woolwich/Hunters Hill that survives. This is a rare remnant of the Clarke family buildings showing use of timber and stone in the early 20th century.