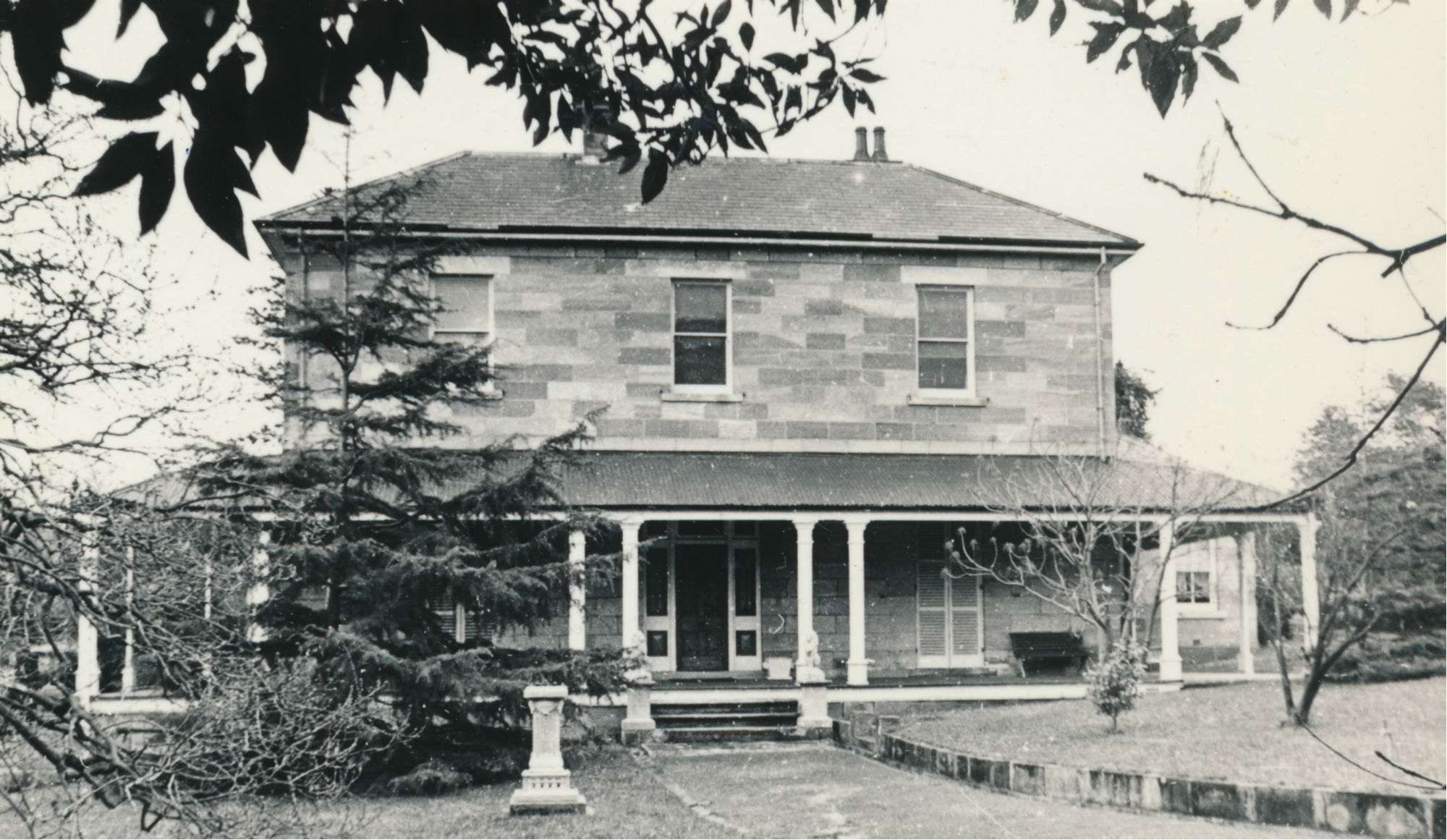 In 1863 Arthur J. Stopps, surveyor and lithographic draftsman, bought a new house from W.W. Billyard which was near the water (now concealed within 3 Mount Street). After 1879 when Stopps’ new house, Loombah, a twelve-room stone house on half an acre in Stanley Street, was ‘in progress’ and had only a part rate, he let his first house to Leonard Vessey and later to Emile Doublet. Stopps and his family lived in Loombah from 1880 until his death at the age of 99. Stopps was a friend of R.D. FitzGerald of Adraville (see The Chalet, Yerton Avenue) and did the lithography for FitzGerald’s Australian Orchids. In those days there was no gaslight in Hunters Hill and Stopps’ daughters remembered their father working with his eyes close to the lithographic stones by the light of a kerosene lamp. During the last few years of his life he was totally blind. Loombah, an Aboriginal word meaning ‘steep banks’ is appropriate for this house high above the Parramatta River. Eulbertie, across Stanley Road, was a similar house by the same builder.