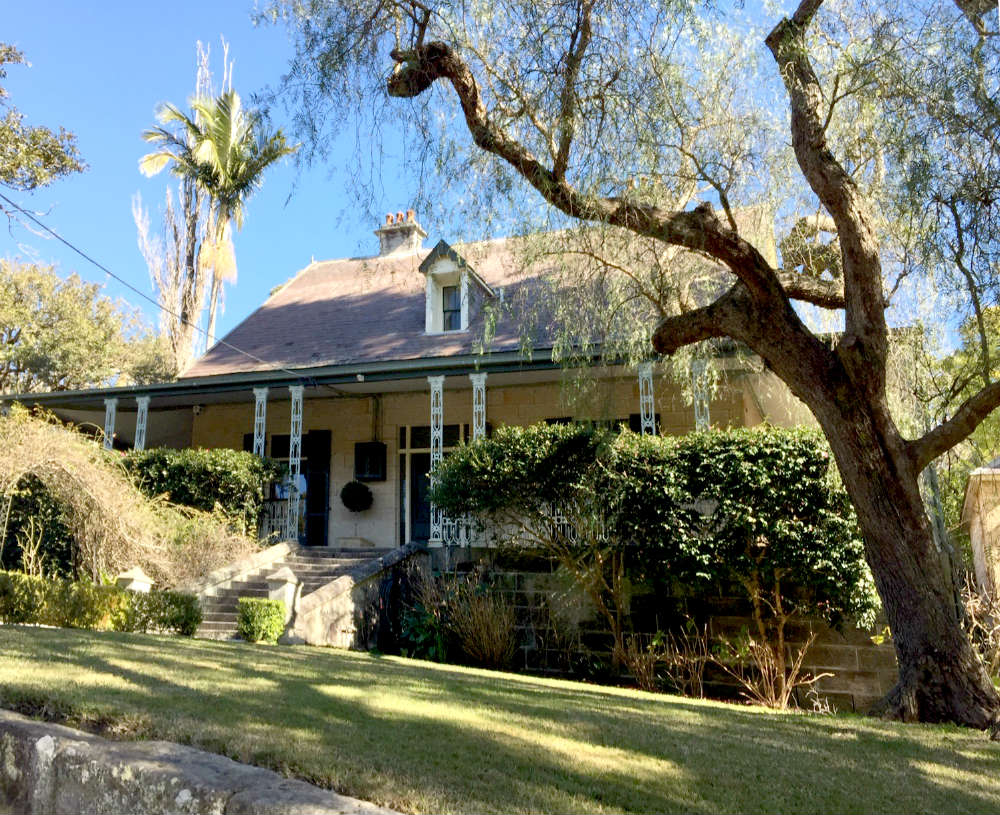 Coorabel is reputed to be the first new home built by Didier Joubert on land known as Figtree Farm, which he had purchased from Mary Reibey in 1838. Described at the time as a ‘marine villa’ the house was designed by William Weaver. Its grand proportions, steep slate roof, precise site-quarried stonework and immense verandahs with cast iron detail is an excellent example of the quality of the Joubert homes. By 1874 James Levick, ironmonger, was his tenant and the rate was 105 shillings a year. The whole property originally comprised the servants’ quarters and kitchen (now Annabel Lea next door), land on the other side (now no. 26 which later became the tennis court) and the stone stables behind (now no. 27). From 1879 John De Villiers Lamb, listed variously in Sands Directory as merchant, squatter and barrister, who was renting the property at the time, named them Rondebosh. They were described as two stone houses, one of twelve rooms and one of nine rooms with a quarter of an acre. The spacious gardens still retain the original well and pump which have seen over 100 years’ of service. In the 1970s, the covered walkway between the houses burned down and they are now separate residences. 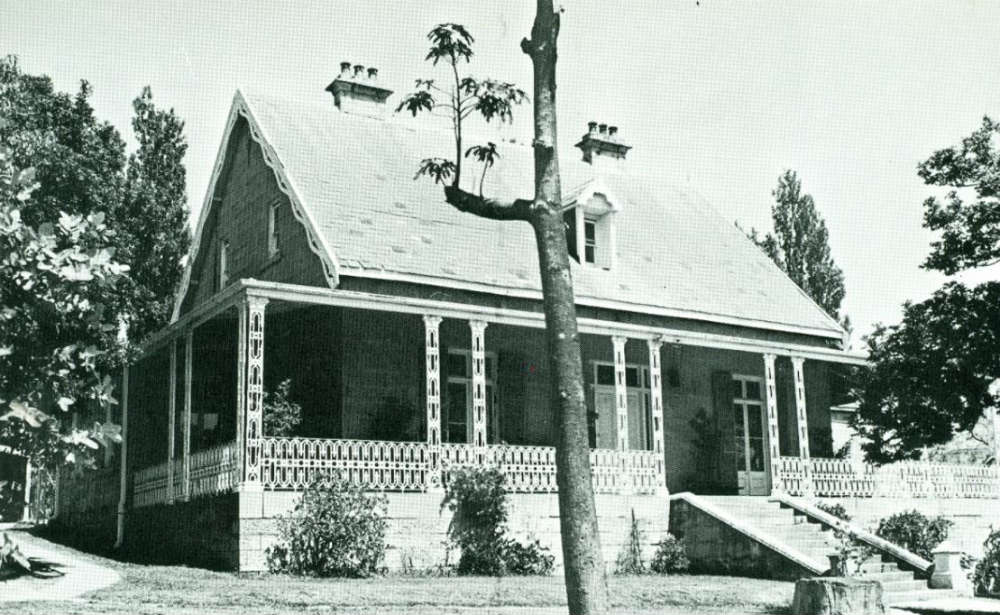