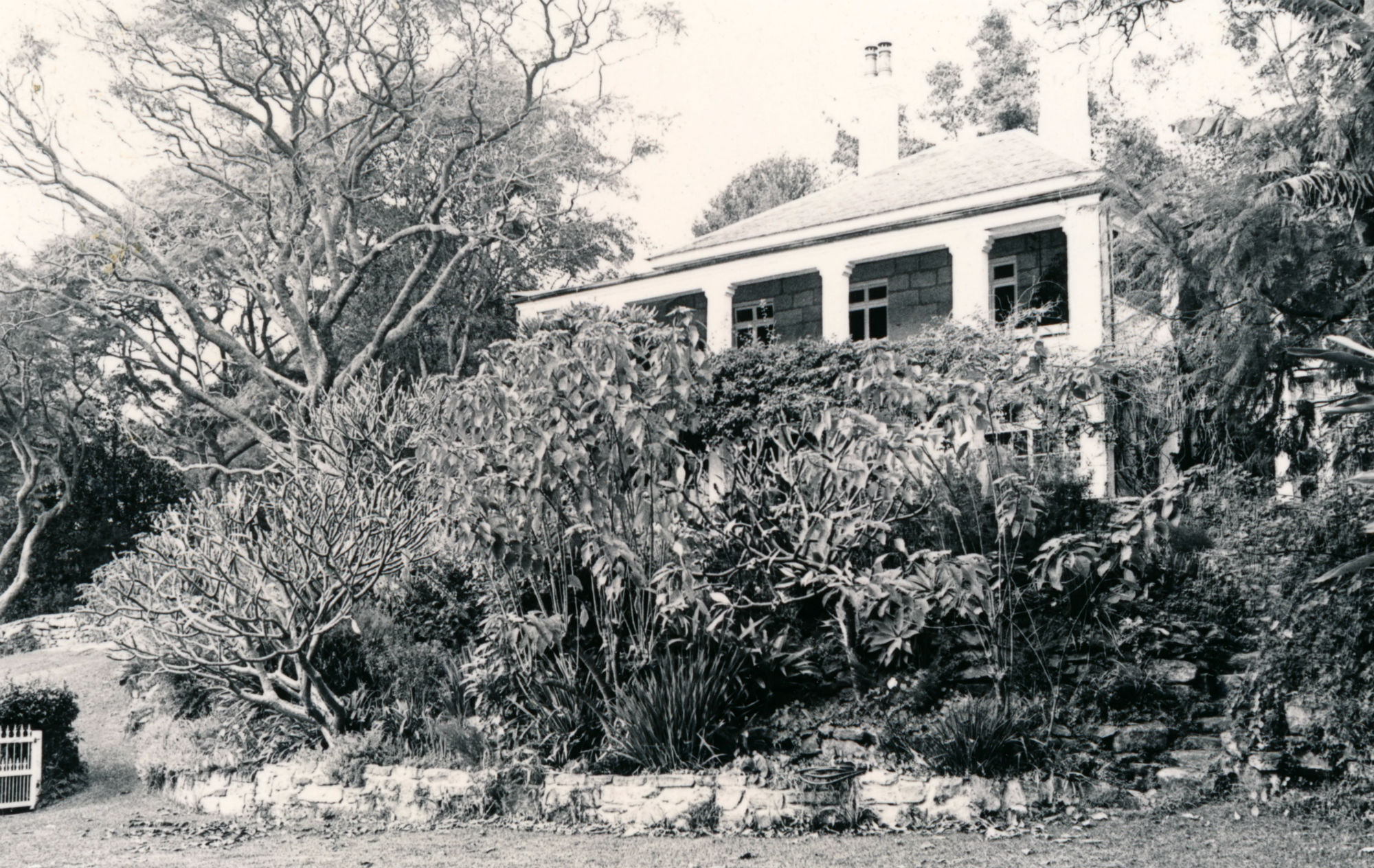 This house was the home of Jules Joubert after he left Villa Floridiana in 1857 and before he finished building Moocooboolah in 1864. An early photograph shows him, with his wife, working in the garden with the house behind. An undated subdivision map of the late 1850s shows this site vacant, but both The Haven and Innisfree, with buildings with J. Joubert written across. Between his arrival in Hunters Hill in 1855 and the first Council ratebook in 1861, Joubert appears to have built Walshale, The Haven, Innisfree, Passy and Potsdam, now Windermere. In his book Shavings and Scrapes from Many Parts, he took full credit for having brought many workmen out from Lombardy and employing them in building stone houses; Jules’ brother Didier went on having houses built until his death in 1881 to the west of Joubert Street, and houses have been accredited to each brother according to the area in which they were built. It is notable that houses were first built on Figtree Farm, then to the east off Alexandra Street, finally to the west of the Figtree area, so that there could have been more joint effort than has been supposed. This property in Ernest Street was still part of Jules Joubert’s estate in 1866, the year of his second bankruptcy, and was let to Mr S.T. Leigh (see 14 Mount Street). Leigh continued to occupy the house until 1867 when it was sold by the mortgagee for the sum of £900, to Andrew Lenehan, fine furniture maker. From 1883 to 1890 this was the vicarage of All Saints Church of England, occupied by the Rev Spry-Bailey. Majolica tiles brought from the Paris Exhibition decorate the verandah.