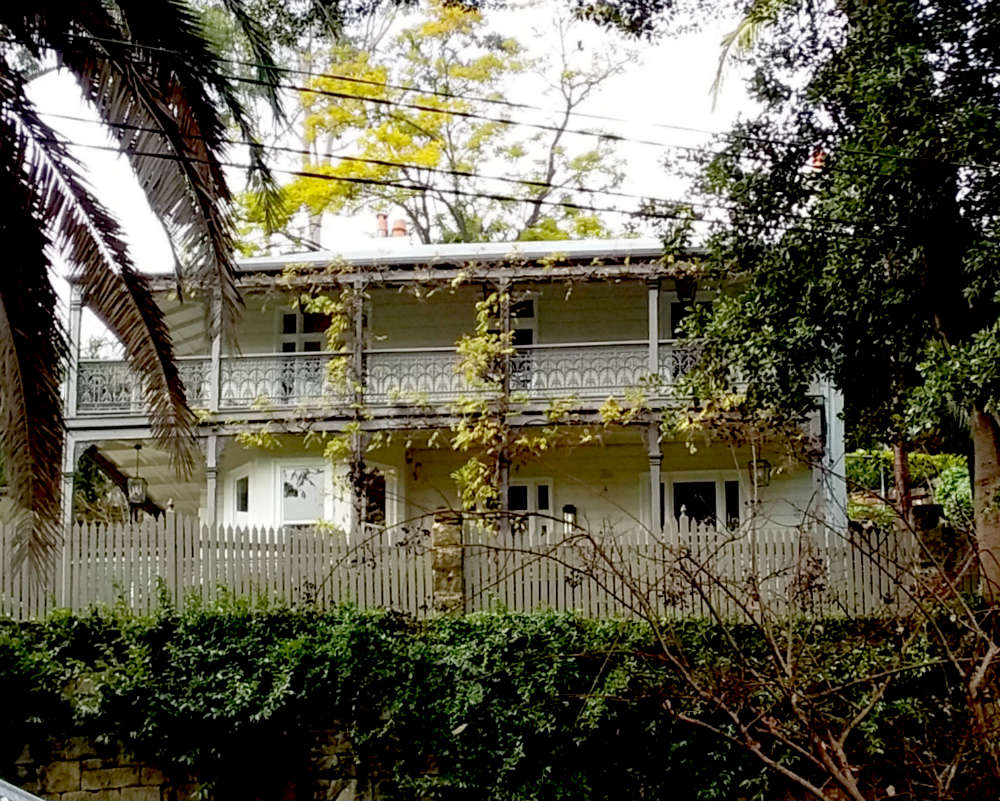 In 1888 George S. Adams, a commercial traveller, bought this land from Henry C. Brookes (see Walshale, 18 Ferdinand Street) and by the following year had this two-storey weatherboard house built. An illustration and description of it featured in The Australasian Builder and Contractors News for August 10, 1889. Its ‘two skins’ were particularly noted, as it was built ‘externally of 1¼ inch rustic boarding of redwood … which, in this particular position, is indestructible by climatic influence … The filling-in is of cedar sawdust; the inside is plastered in four coats and has chair-rails throughout and a dado to the kitchen. The villa has the appearance of a neat and elegant Swiss chalet; is thoroughly sound-proof … and will be cool in summer and warm in winter. It was necessary, in order to provide the site, to excavate the ground to a great depth and by means of retaining walls a nice lawn has been formed in the front of the building’. The builders were Holdsworth & Cowell of Gladesville, and the architect J.J. Davey, of Sydney. The house was called Tregullus and the name was changed to Lantana by the next owner, William Barrett, after 1892.