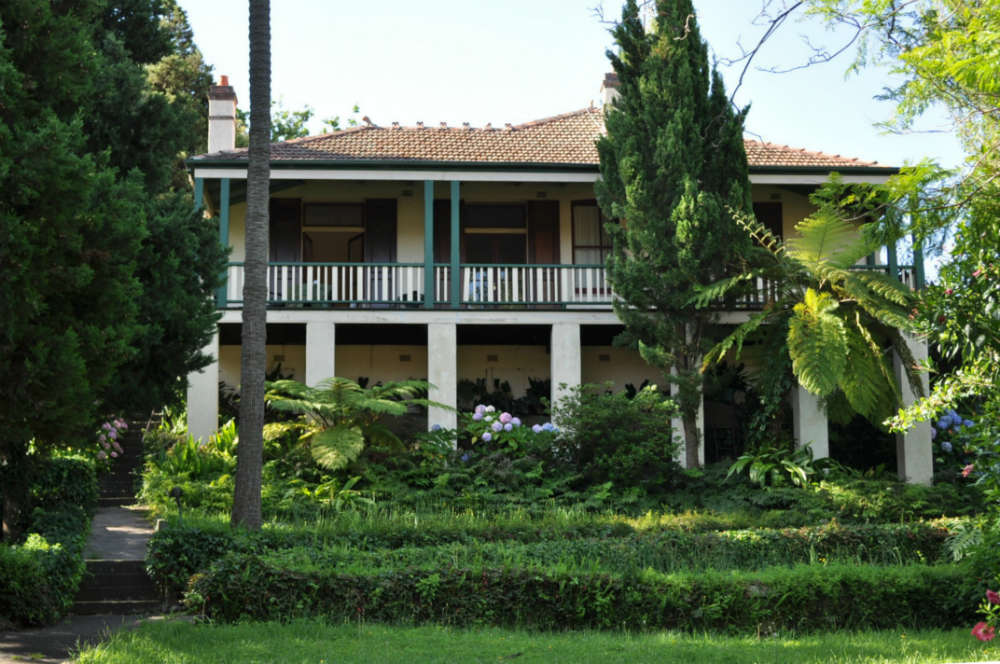 A Federation-era development on John Clarke’s land grant. James Richard Thomson of Woolwich, consulting engineer, bought the land in 1905 and was living in a house named ‘Barrington’ in Margaret Street until this appears in Sands Directory 1914 named ‘Macquarie’. Thomson sells in 1940 to T. Kelly of Kelly’s Bush and the Smelting works. Altered to some extent, the bungalow is set high back from the street – brick with three sided verandah with wooden railing. Stone base and tiled roof. Very similar in form and style to listed items on the corner of Alfred/Margaret Street (No. 4) and those closer to the river Nos. 2, 2a Margaret Street.