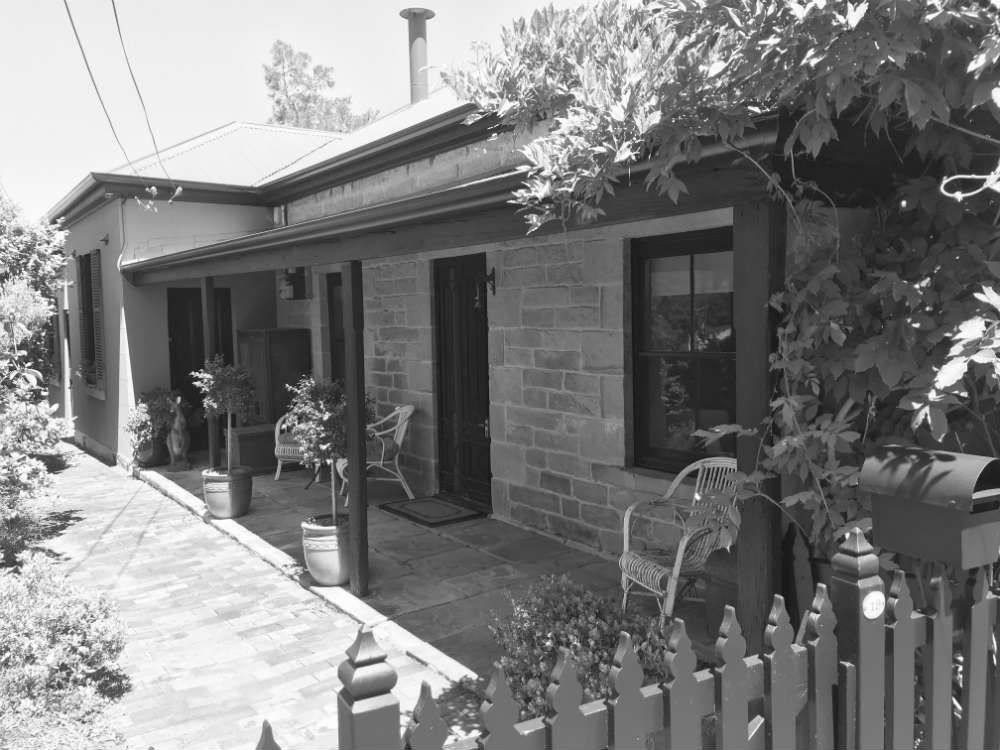 John Reeves (see Batemans Road Area), stonemason and farmer, built this stone house of four rooms for himself in 1857 and inscribed the date on the back of the house. The estate held his house, orchard and hut, according to Council records. In 1874 the address is given as Earnshaw’s Road, Gladesville. In 1881 the house had been increased to six rooms with two acres of land. The Municipal Roll of 1893 listed John Reeves as owner of four cottages and a dairy in Batemans Road.