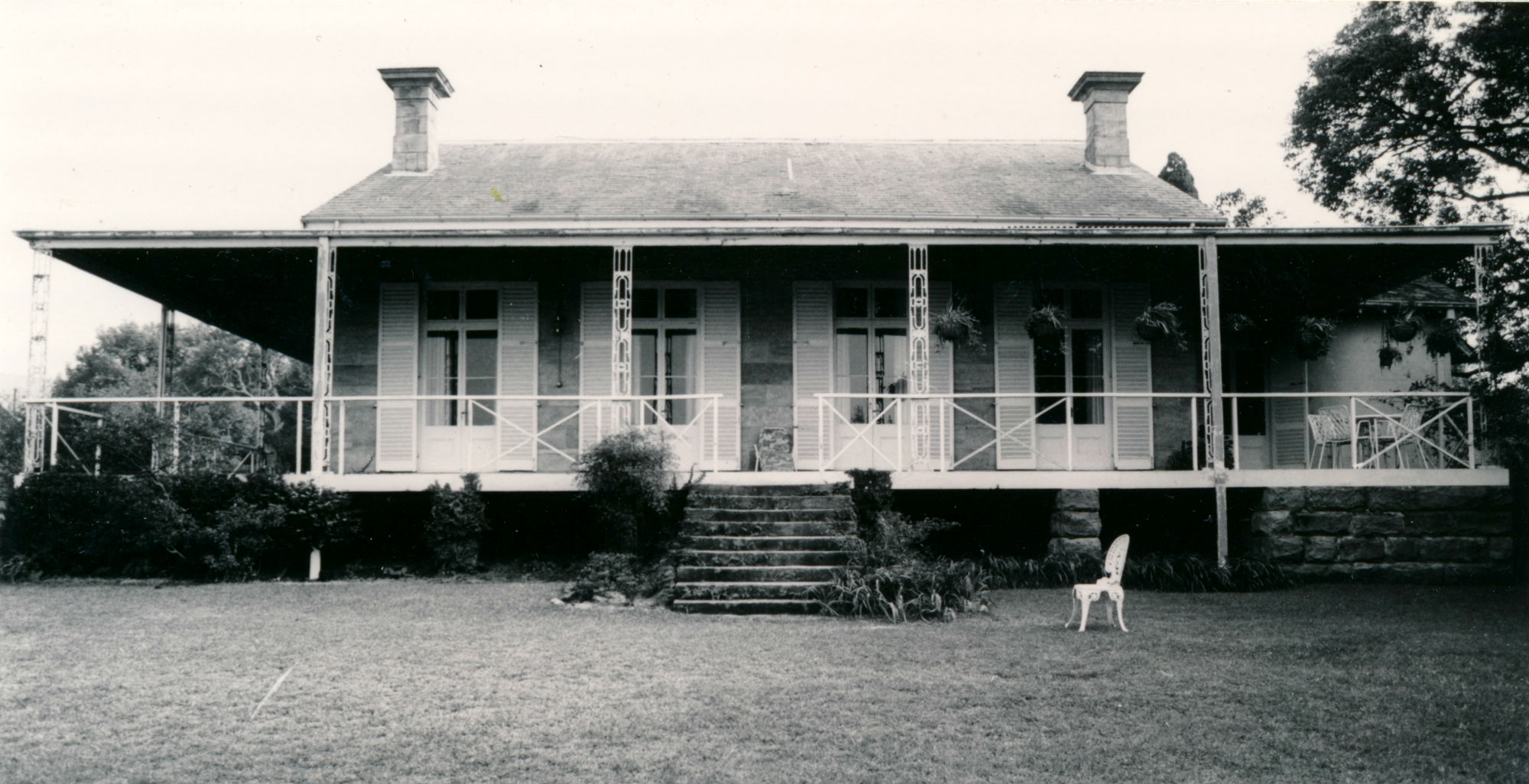 The land was granted to William Morgan in 1834 and later acquired by William Foss. In 1837 he sold four acres to William Weaver, who became the NSW Colonial Architect after Edmund Blacket. Weaver built this stone house for his family in 1857 and lived here for three years before it was sold to John Levien. The house was purchased by Judge Charles Manning in 1888 and Mrs Manning moved in after her husband’s death in 1898, bringing the name Merilbah from the larger house next door.