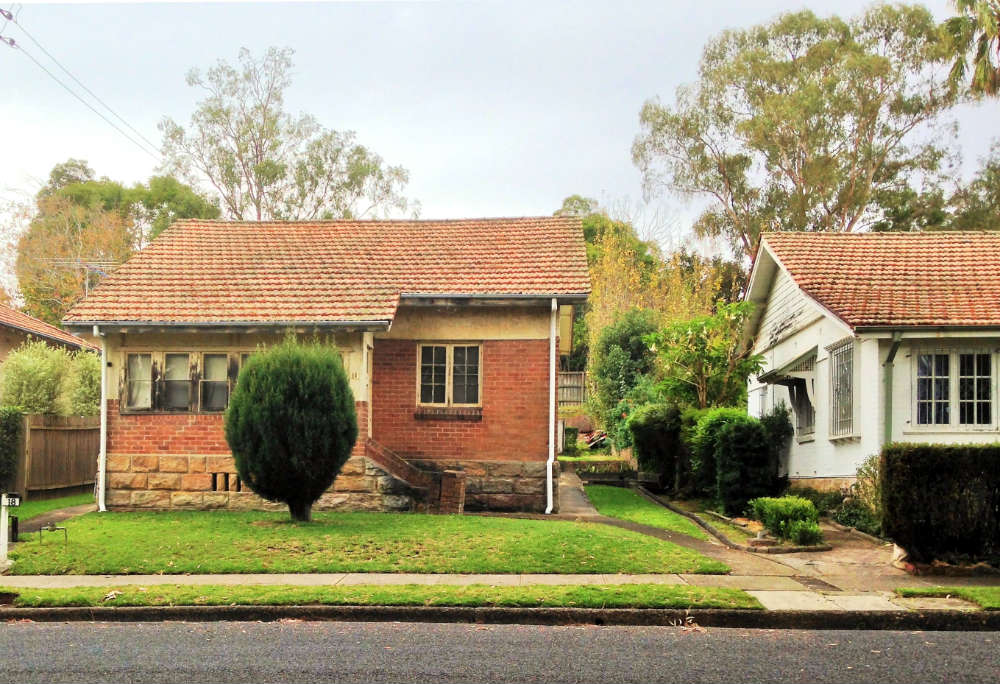 This cottage was the last remaining largely intact example of homes built by NSW Department of Housing in the early post-WW1 development of the area and was an important example of the returned soldier settlement. Part of its uniqueness was the position of the cottage within the landscape, sitting on its sandstone foundations (quarried nearby) in the topography of the original site and within the original setbacks. The subdivision was originally designed by Sir John Sulman in 1919, respected for his vision of a ‘garden city’, and developed by the NSW Housing Board on part of the reserve for the lunatic asylum at Gladesville. The original houses were built in the early 1920s when William Henry Foggitt was the architect in charge at the Housing Board.