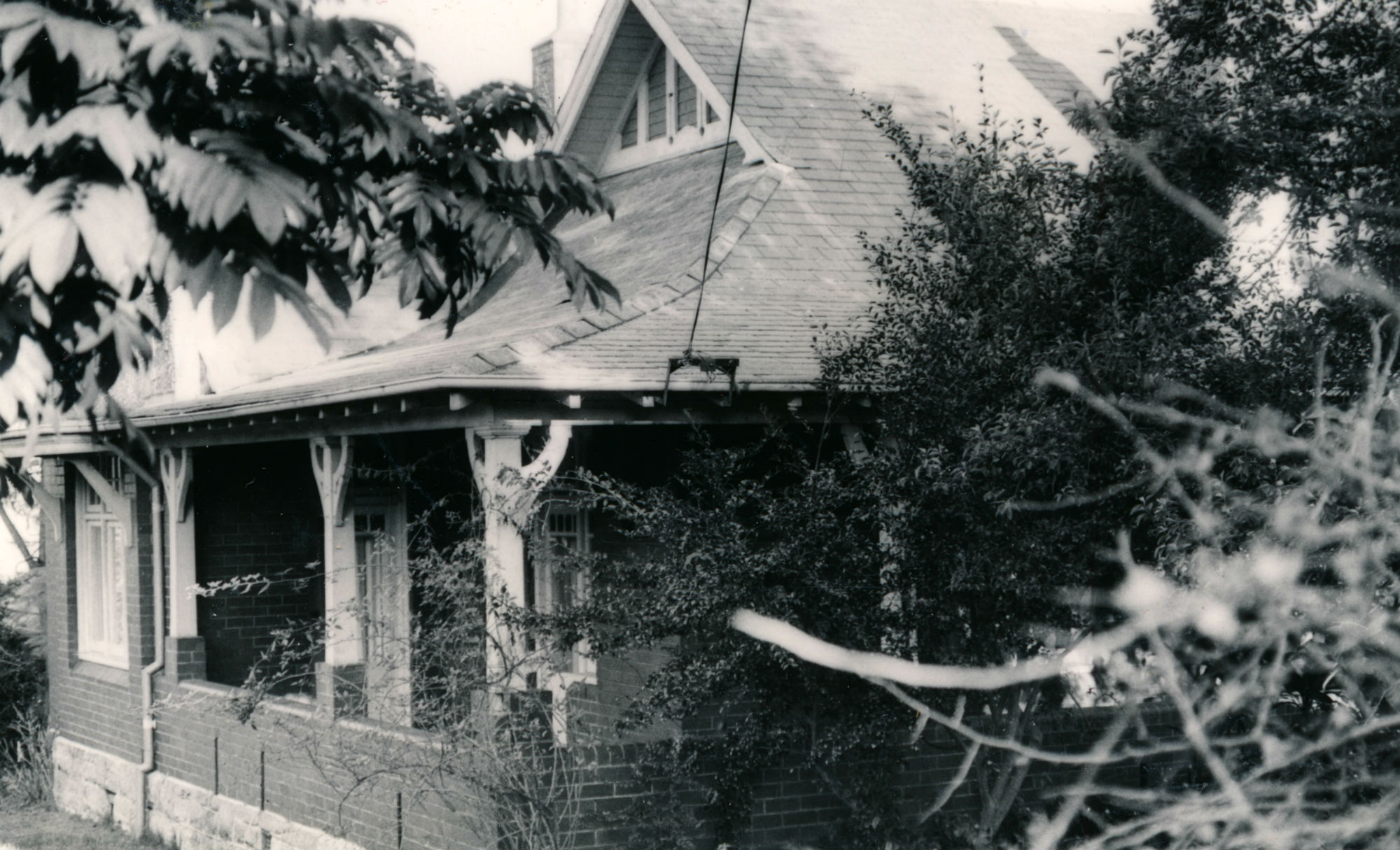 With its distinctive sweeping slate roof, verandahs and side entrance, this is another excellent example of George W. Durrell’s architectural designs to be found in this part of Hunters Hill (see also 5 and 18 Woolwich Road). This house is said to have been built in 1909 for T. Nancarrow. According to Sands Directory, Nancarrow lived in Eskdale, between Muirbank and Yerton Avenues before he moved here to in 1912. Mr Nancarrow was a dentist and had his surgery at his home. A descendant said that a small cottage near the verandah of the house, which had been a bootmaker’s shop, was later purchased and demolished. The Nancarrow’s called the house Cassola after a house in Penrith and when they left, they took the house name with them. This house is a good example of a Federation cottage and traces of the prize-winning garden can be seen.