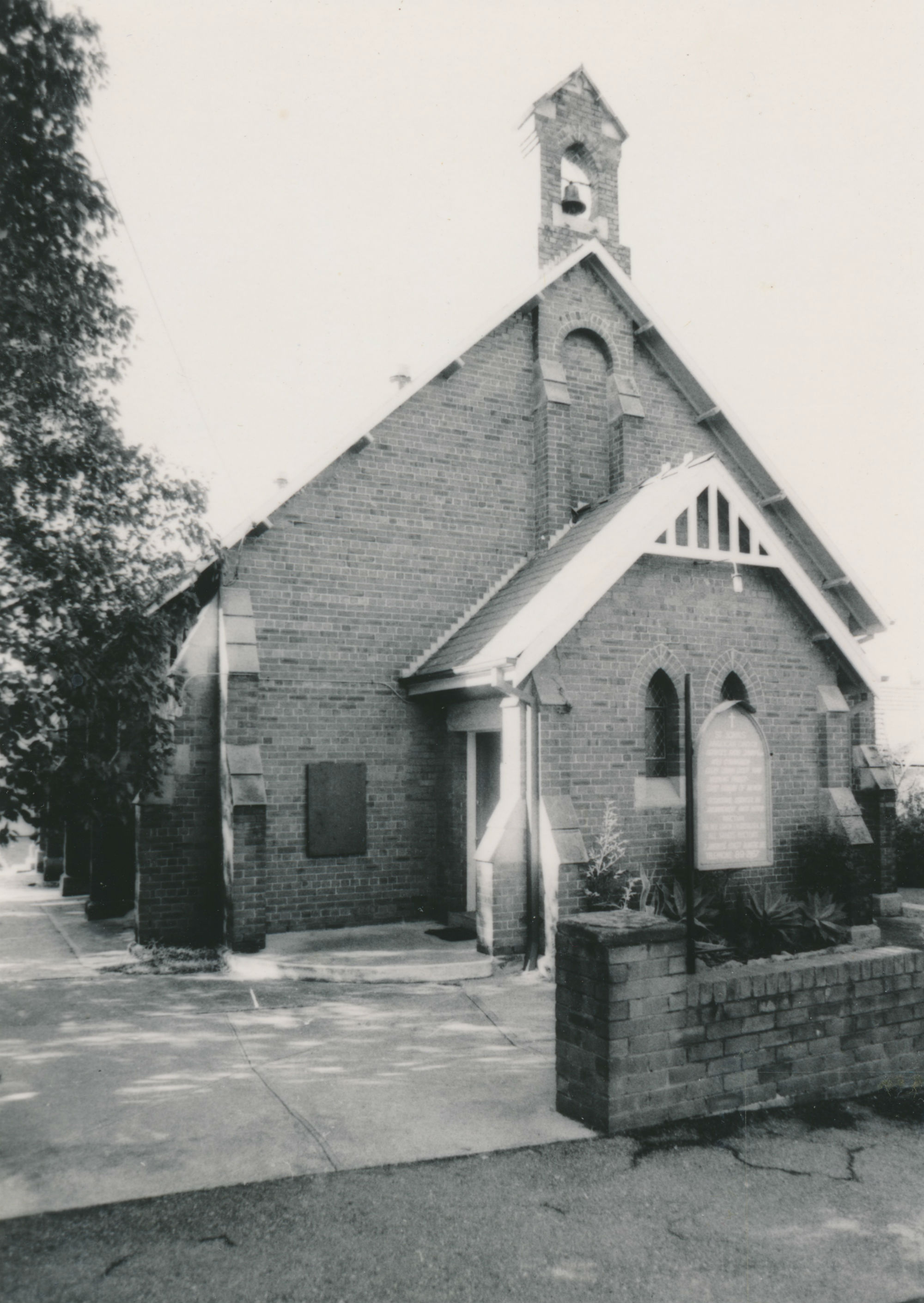 The foundation stone of the Church was laid by Admiral Sir Harry Rawson, Governor of NSW on 30 May 1908. A church hall at the rear had been built as a Congregational Church by Mr Clark for £218 in 1892. There were frequent changes of pastor, the congregation was unable to support the establishment and by 1903 the Church of England was listed here. The wooden hall burned down in 1993 and the site is now villa housing. The Church was deconsecrated in 1995. The interior was remodeled and the building was occupied by Hunters Hill Theatre from August 1995 until 2016 when the Church sold the building to a private buyer.