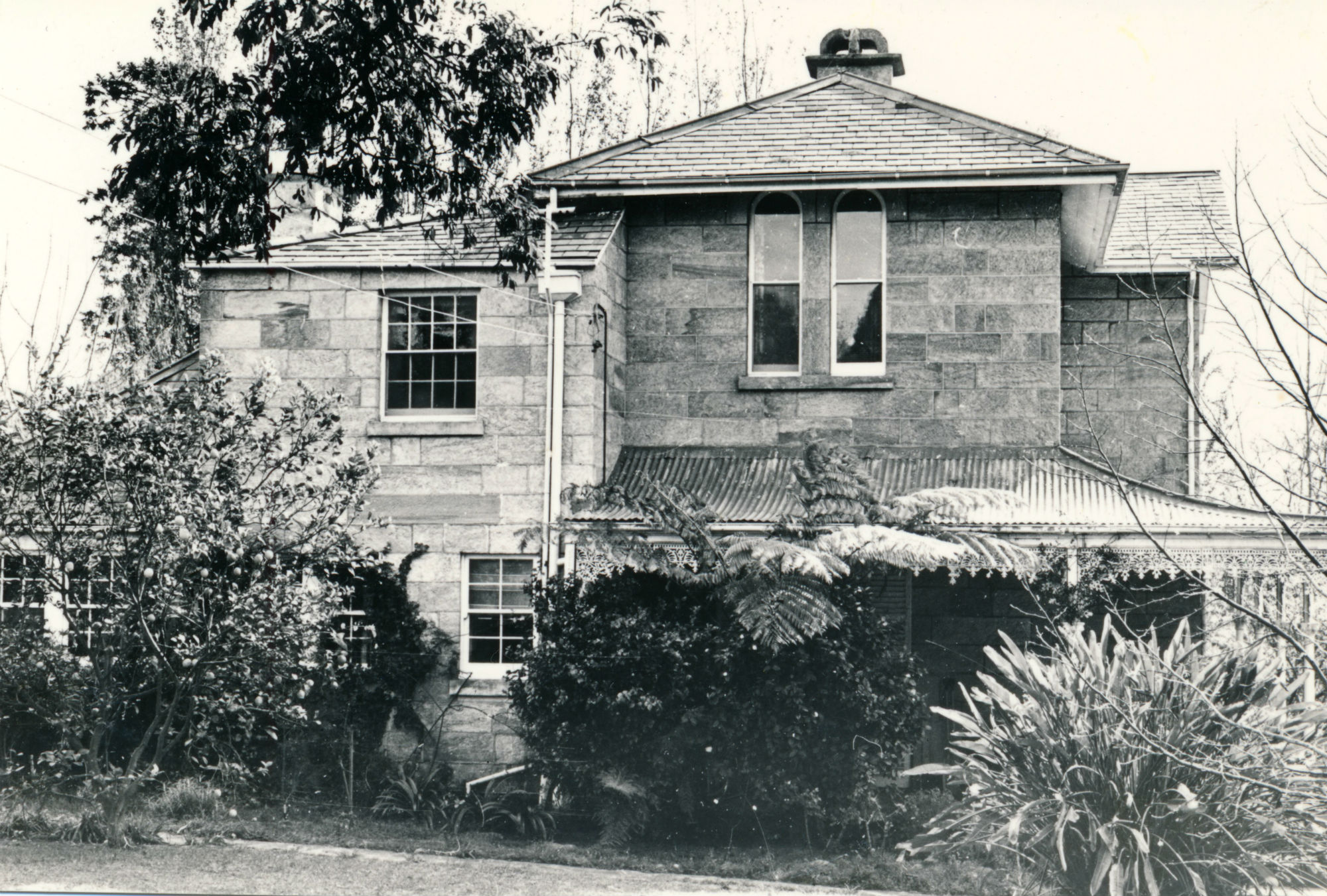 This was the first stone house built by Jules Joubert on land owned by his brother Didier. He sold it to Henry Brookes, a saddler’s ironmonger, on 4 November 1856 for £1028 3s. The property originally extended from the Lane Cove River to Madeline Street and from Ferdinand Street to Mount Street (except for the Villa Floridiana property below the cliff). The original estate comprised a residence of six rooms, three upstairs and three down, plus attached kitchen and servant room, a coach house and stables, wash house (now part of 4 Madeline Street), three seat privy, servants’ quarters (now Walshale, 18 Ferdinand Street), wells and bathing house on the river with enclosure. There were extensive gardens and orchard and a stone wall around the property which is built on the highest point in Hunters Hill. The name Maruna is Aboriginal meaning Place of Many Pines. Henry Brookes was the treasurer on the first Hunters Hill Council in 1861 and Brookes Street is named after him. His wife Caroline died in 1879 and in 1883 the estate was subdivided. Maruna with just over one acre of land was sold in 1868 to Henry Prior Palser (after whom The Point Road in Woolwich was for some time called Palser Street). Brookes and five living of his six daughters moved to an extended Walshale. In 1967 Maruna was further subdivided into six lots.