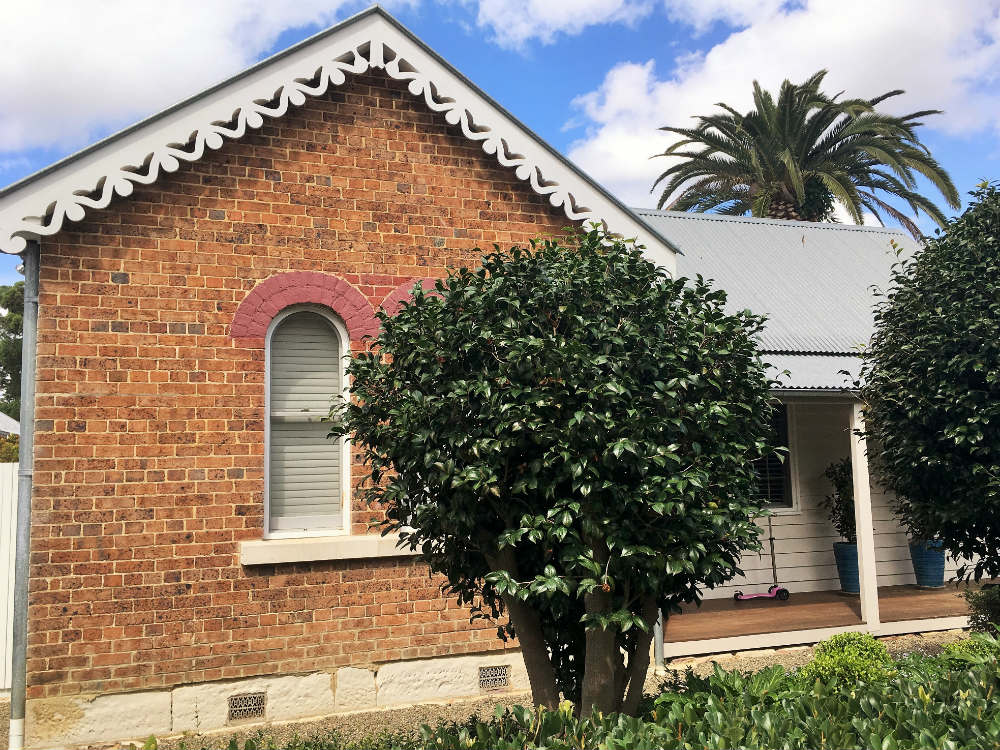 Built originally as a one-room stone cottage for a quarry worker’s family, it was enlarged both in wood and brick as the family grew. Jeremiah Cronin, a stonemason, added to the cottage in 1875 and in 1879 sold it to Jacob Ferrari (also spelled Ferari, Ferarie), and at a later time the weatherboard and sandstock brick sections were added. In 1924 the house was part of the estate of the late Sarah Ferrari whose executors were her sons Prosper Stephen Ferrari and Joseph William Rinaldi. The house was vacant for many years when its owner, Miss Grace Ferrari, lived at 12 Madeline Street with her relative, Louis Rinaldi. The largest camellia in front of the house, a cerise double, was planted to celebrate the birth of Louis Rinaldi’s father. A large portion of the back yard was resumed for the extension of Hunters Hill Council’s Works Depot in 1980-81.