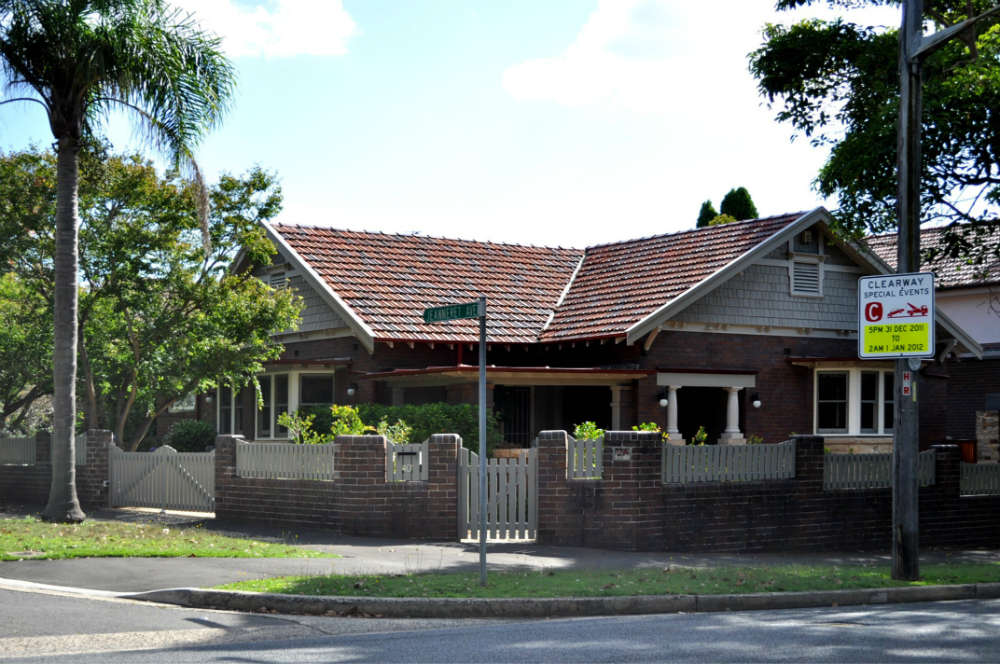 The property is Lot 4 of DP9291 and was acquired from the Jeanneret family in 1920. The house was constructed around 1929 by W. Soloman & Son for Daniel Murphy Snr, master baker, whose family owned it until 1959. It was originally named Leslea. A fine example of an inter-war California Bungalow style liver brick cottage in a prominent position at the corner of Woolwich Road and Jeanneret Avenue, it demonstrates the interstitial development during that period on the subdivision of earlier estates. Tiled gabled roof and cross-gable over front verandah. Sandstone basecourse, cement rendered lintels and squat verandah columns. Front steps of Terrazzo. Stained glass and leadlight windows. Good intact exterior with unobtrusive side extension.