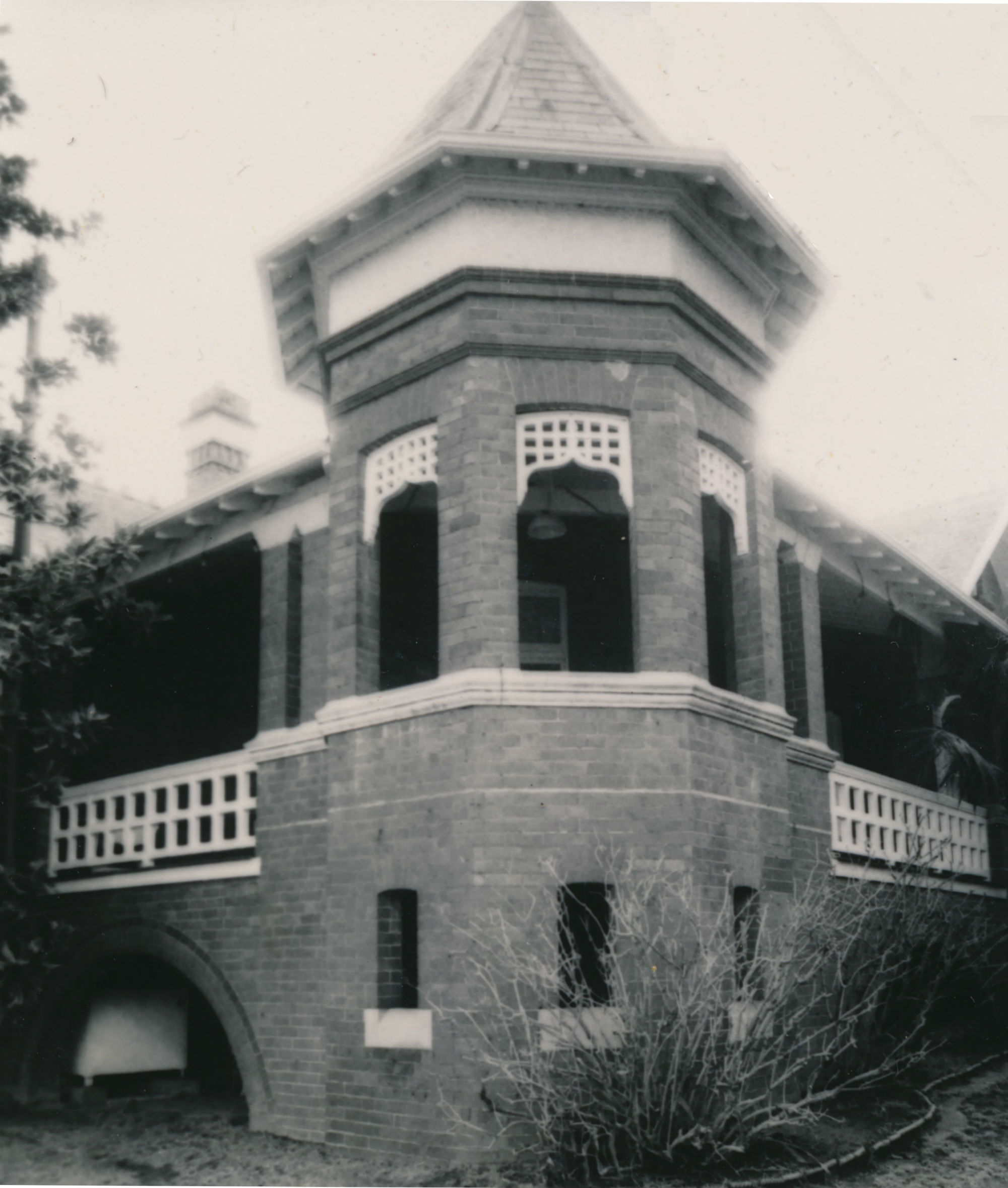 This imposing brick house with a northern turret and sweeping terraced lawns to Parramatta River was originally a two-room stone cottage. It was William Henderson’s house from 1891 and is an important reminder of the large number of extensive foreshore properties that existed prior to subdivision. In 1900 Joseph Pearson was the owner. He lived here into the 1920s, owning a mercer’s shop in Hunter Street. Pearson was a first class cricketer who played against W.G. Grace. He also published Pearson’s Road Guide (printed until 1920) and is said to have measured the roads on a pushbike. Dr Lister Reed lived here from 1940 until 1968. The name Muirbank is worked in leadlights above the front door.