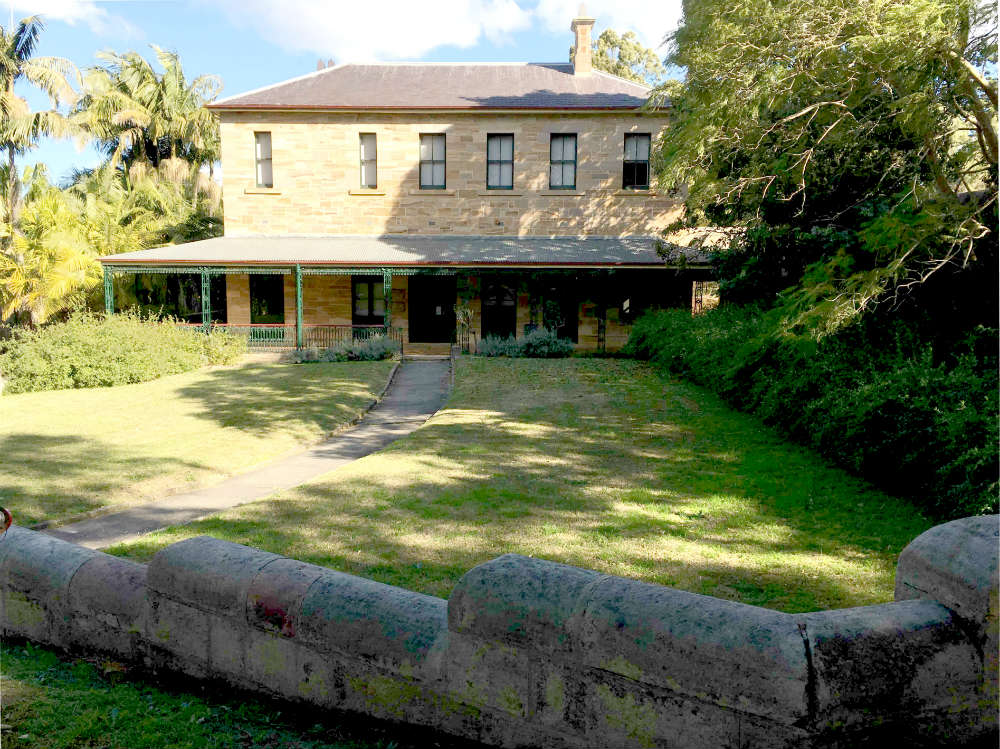 The main building was designed by Mortimer Lewis, Colonial Architect, in 1835. His first design was of a rectangular facade with a small break forward in the centre, surmounted by a pedimented roof, and he added a portico with Ionic columns. The building was estimated to cost £4000, but was completed for £3,500; during the building Lewis changed the proportions, making it wider and more squat, replacing the pediment with a gable. Joseph Digby, the first Keeper, arrived in 1838 and clashed with the architect over the darkness of the corridors and suggested skylights, but Lewis replied that this was planned so that the Keeper should not easily be perceived moving from one group of cells to another. The building is of stone with a slate roof, near the original main gates at Punt Road.

Dr Francis Campbell was appointed the first Superintendent in 1848 (Superintendent’s house pictured above). At his retirement twenty years later he wrote of his attempts to change the ‘hereditary system of inhuman expediency transmitted from one generation of unreflecting men to another’. A former sea-sick naval surgeon, Dr F. Norton Manning, became Superintendent and he described the building as ‘prison-like and gloomy’.

Recommendations were made to Parliament for erection of a piggery and byre, extension of accommodation for patients and staff and acquisition of an adjoining twenty-eight acre property for agriculture, a superintendent’s house and improved recreation facilities for patients. Large dormitories of wood and galvanised iron were erected in 1869 and a two-storey building for women in 1871. Gas lighting was installed in 1887. In 1888 The Priory (see Salter Street), on the northern side of Victoria Road, was added to Gladesville Hospital. 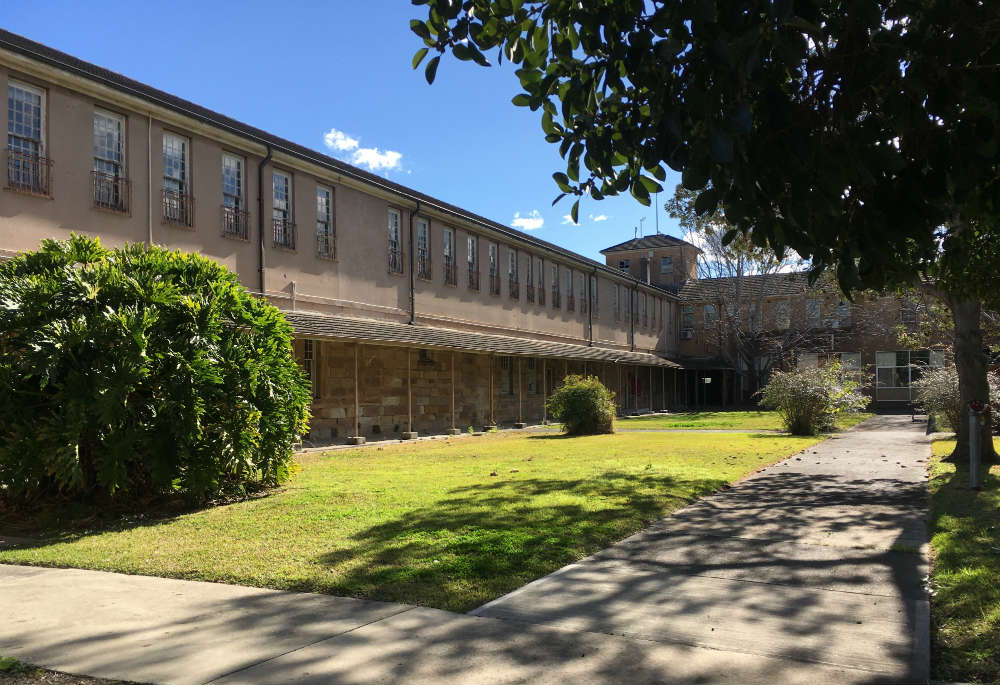 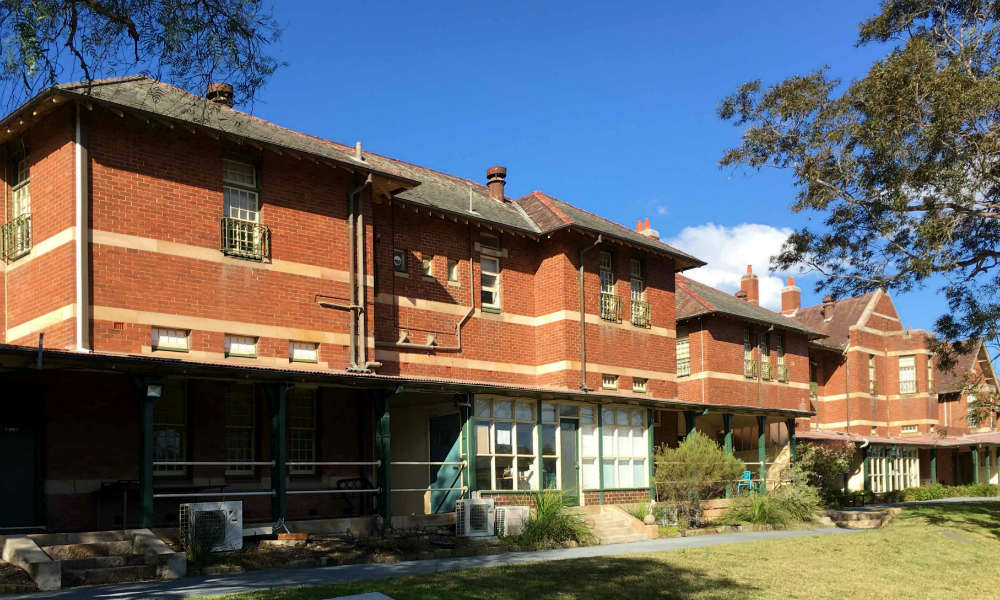 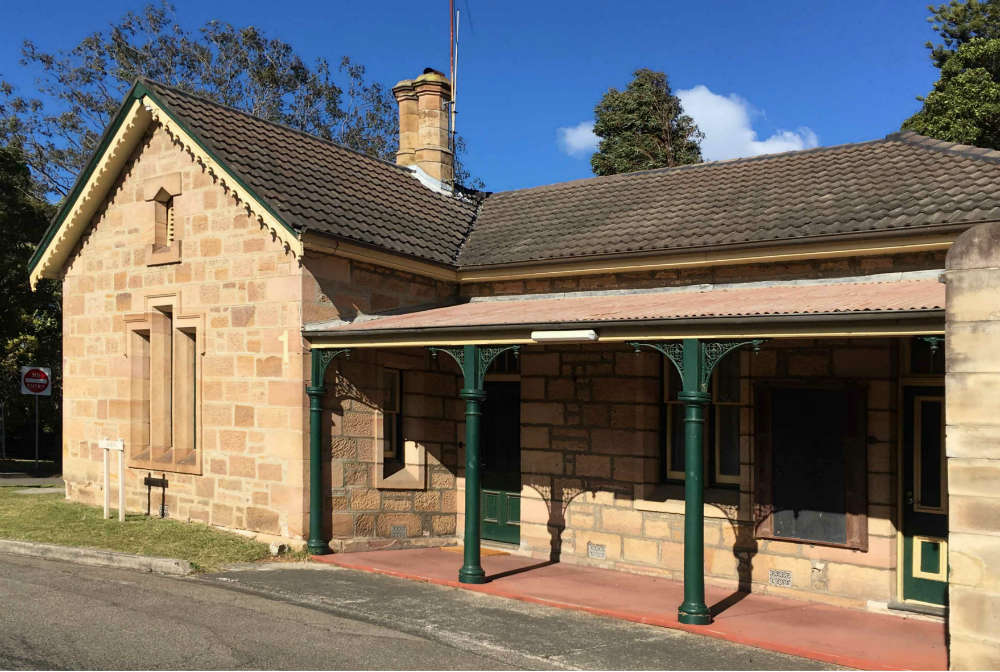 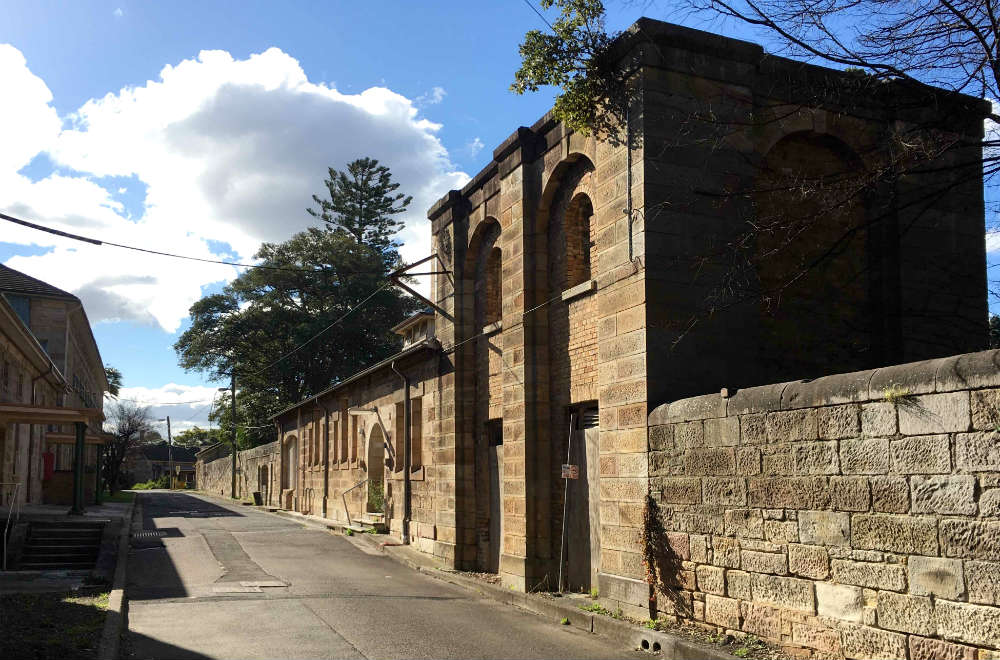 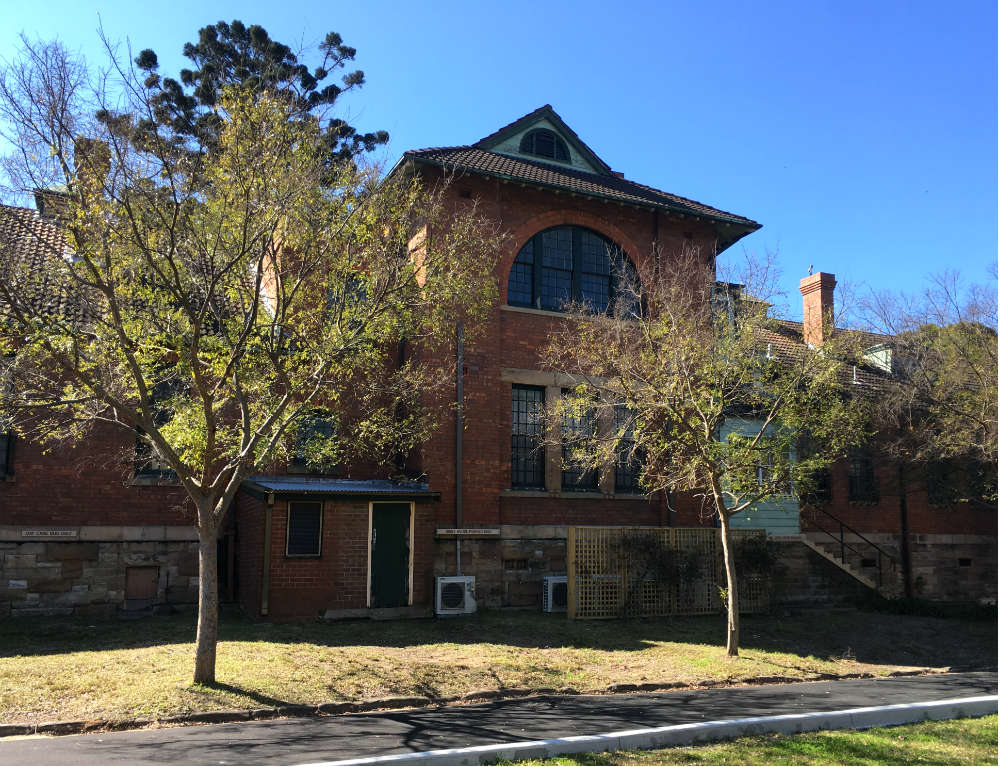