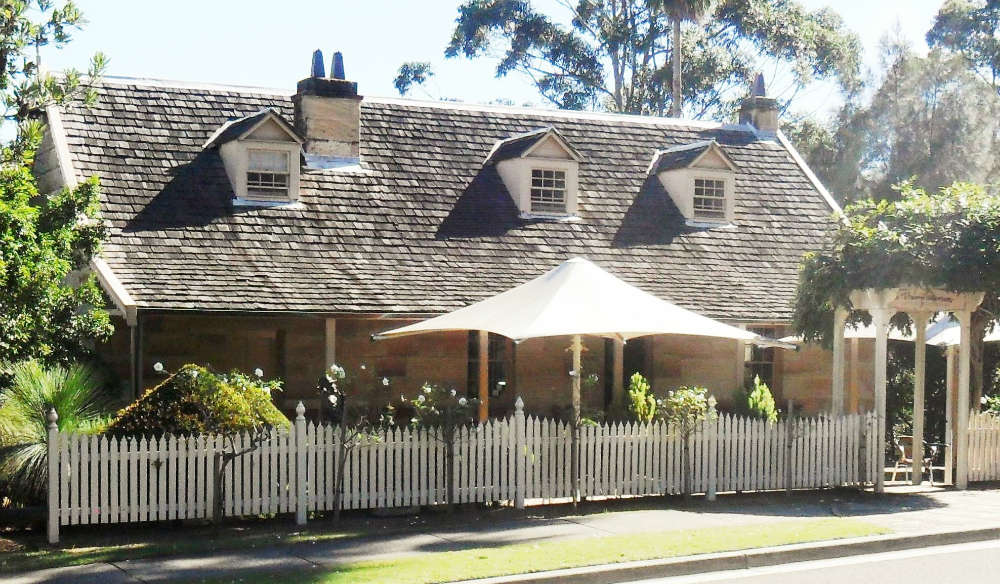 It would seem that this seven room stone cottage was built as an Inn in the late 1830s and gained its licence in 1838. Presumably the name Rockend derived form its situation by the rocky edge of Looking Glass Bay. In 1866 it became the home of widowed Emily May Barton whose daughter Rose, married Andrew Bogle Paterson of Molong. One of their children, Andrew Barton (later Banjo) Paterson was sent to his grandmother’s home so he could attend school from 1875 to 1881. He attended Sydney Grammar School and studied Law at the University of Sydney. Grandmother Emily Barton, sister of Sir John Darvall, was a well-read woman and described as a gifted poet. She was thought to have fostered his love of poetry and influenced the young Banjo over the period of his stay. His poems were first published in The Bulletin. The cottage and land that now forms Banjo Paterson Park was sold to Harold Meggitt in 1923 and became part of the Linseed Oil Mill, trading as Halmeg. Today the cottage is a restaurant.