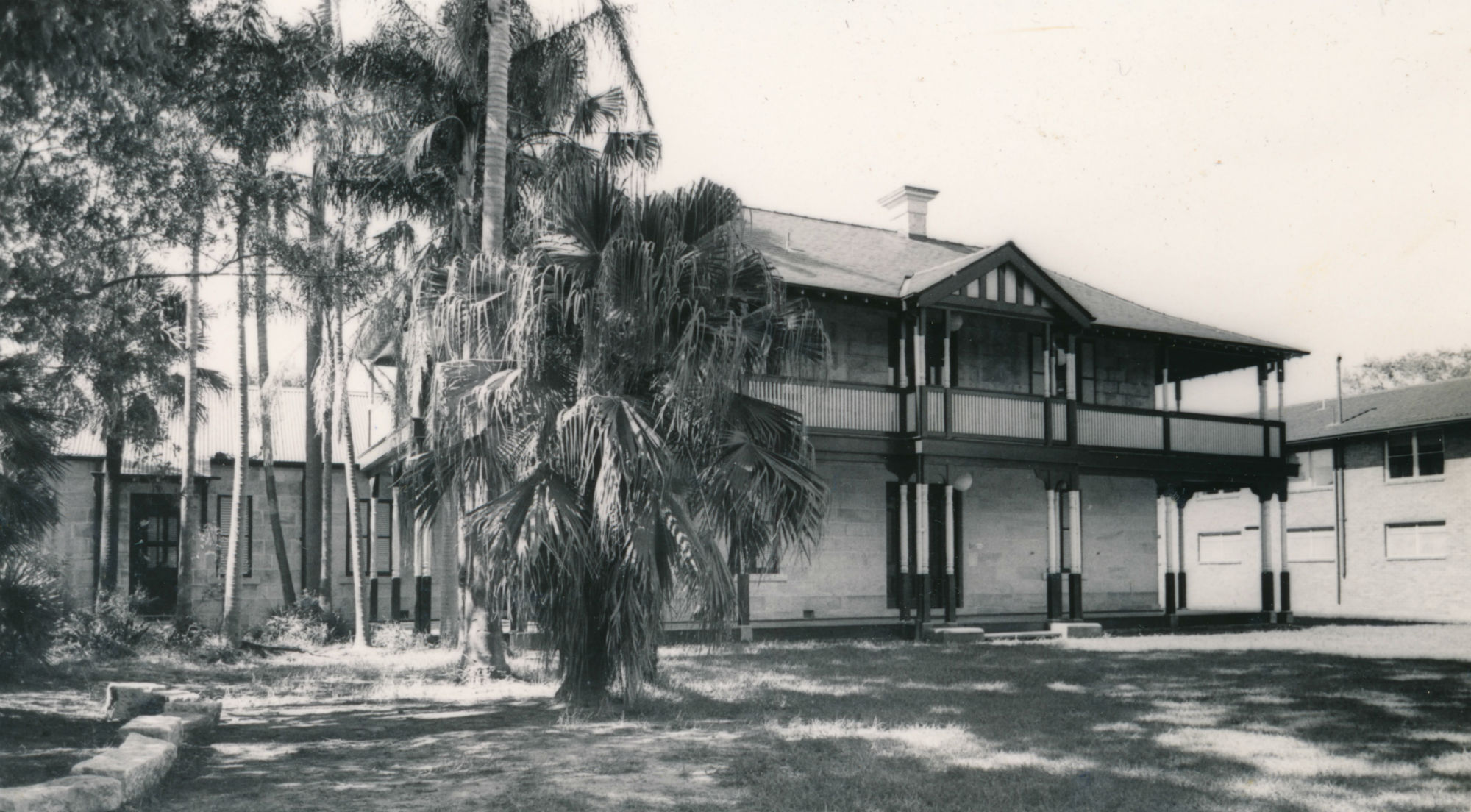 The house started as a single storey cottage c1857 and enlarged by 1879 by Dr John Gerard, JP, who occupied this twelve-room stone house on 1 1/4 acres which he owned the year before, part of an 1875 subdivision of William Wright’s land (also see Mount Street properties). Gerard had been a tenant of William Wright in Treago (5 Mount Street) since 1864. The Gerard’s called this house Stoneleigh. In 1896 Peter Leslie bought Stoneleigh and in 1903 Sands Directory listed Edward Marsden Betts (grandson of Samuel Marsden and Mayor from 1905-1912) here and the name changed to Eulbertie. The house was subsequently called Marshall House, named after the Marshall family who lived here. Confusion over the names led to the Department of Education advising the Hunters Hill Trust in the 1970s that Eulbertie had been demolished but that Marshall House would be preserved. The house was acquired by the Department of Education for the Primary School and has been restored to a high standard by the Government Architect’s Office, as representative of a distinctive style in Hunters Hill. This house and Loombah, across the road, were built by the same builder and were similar until the two-storey verandah was added here. The name Eulbertie has been chosen by the school.