In 1872 four Marist Brothers had opened a primary school in Harrington Street, near Circular Quay. In 1875 a secondary school was added, and in 1879 boarders were accepted. In 1881, the boarders were transferred to a temporary two-storey wooden building on the site at Hunter’s Hill and that building was demolished in 1895. The stone cottage at the Gladesville Road entrance was purchased, with adjoining lots, by the Marist Brothers in 1881 for £718. The cottage was rented and renovated in 1974. An advertisement in the Freeman’s Journal in 1881 stated: ‘The Marist Brothers have the pleasure to announce to Catholic parents that the College in Harrington-street is transferred to Mount St Joseph, Hunters Hill, and that it will be opened immediately after the Midwinter Holidays, on the 18th July. The site of the College is one of the Most Magnificent about Sydney Harbour, and is all that can be desired for beauty of Surrounding Scenery, Healthiness of Position, facilities for salt-water Bathing, and all the requirements of an Educational Establishment. Directions: The Lane Cove steamers start Every Hour from the wharf near Erskine-street off Wynyard Square, Sydney. The College is situated four minute’s walk from the Fig Tree Wharf’.

The main sandstone building was begun in 1882. The southern wing was built in 1882-84, the central part and the northern wing in 1889-94. The architects were Sheerin and Hennessy and plans for a similar building at Aubenas, in France, were consulted. The cupola and statue of Mary Immaculate, a landmark for miles around, were added to the tower in 1904. The main gates at the comer of Ryde Road and Mark Street and the gates at the other entrances were formerly the gates of the Sydney Town Hall. They had been made by John Connolly of Woolloomooloo and were auctioned in 1927 when excavations were in progress for the underground railway. The stone walls around the grounds of the College are among the finest in Hunters Hill. 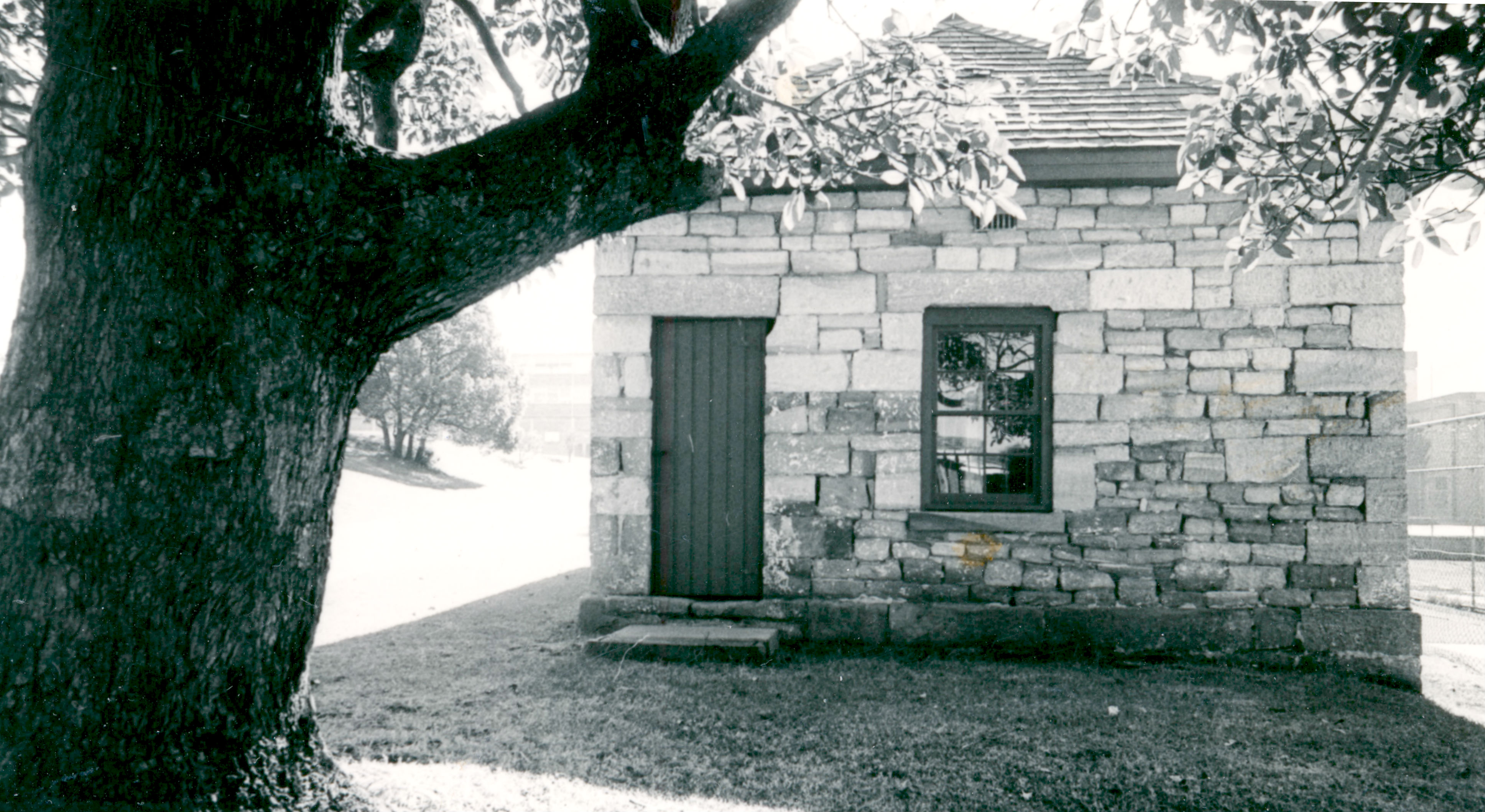