One of the many surviving Joubert sandstone houses, this home was built c1862-4 by younger brother Jules (see 25 Ernest Street) and was the last Hunters Hill home that he and his family lived in. He had built other houses in Ferdinand and Ady Streets for Hunters Hill residents. Houses accredited to Jules Joubert were built between 1855 and 1864, after which he seems to have turned to the ferry service run with his brother Didier and to municipal office and activities including becoming Secretary of the Agricultural Society. Moocooboolah, Aboriginal word for ‘meeting of the waters’ was built on land bought in 1862 from the estate of Ambrose Foss. Jules Joubert paid his first rate of 10 shillings in 1863 and by 1864 the rate had increased to 60 shillings per year and his property was described as a house and land near Mr Edye Manning’s Passy. Sydney S. Thomas lived in this house from 1884 until about 1891 and Arthur Budden from 1892 (see 59 Alexandra Street). Miss Ada Budden’s school, Girrahween, designed c1900 by her architect brother Henry, and operated from 1905 to 1957 stood on a nearby lot with frontage to Ambrose Street until 1973.

Jules was declared insolvent in 1866 and in the 1870s was involved in the organisation of exhibitions and shows. He was dismissed from the Agricultural Society in 1875 for having shipped out private property as returned exhibits after the Paris Exhibition. He left Sydney in the year of his brother’s death in 1881 and ran an exhibition in Perth. 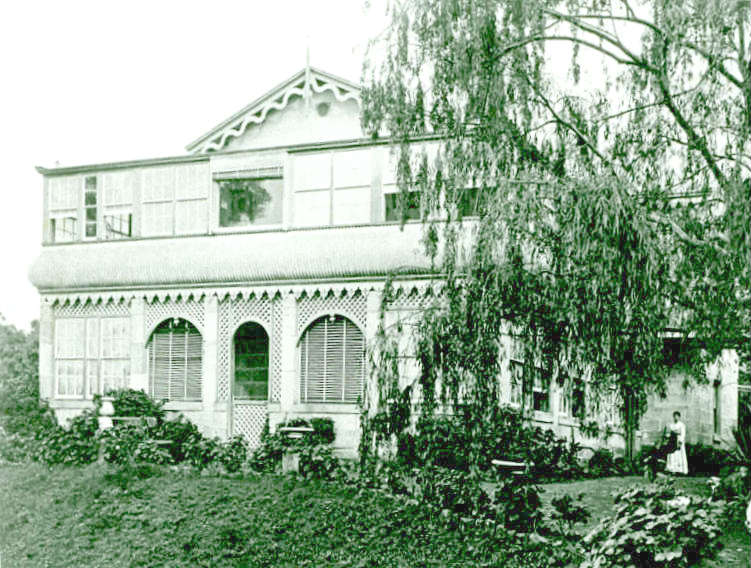