In 1834 land was granted to shipwright John Clarke from the area of (now) Kelly’s Bush to Clarke’s Point. Woodstock is the third home built by the Clarke family in the late 1840s and may well be one of the oldest houses in Hunters Hill. The earliest municipal records, those of 1861, reveal that there was another cottage owned by Clarke, occupied by G. Carpenter and a weatherboard house off Woolwich Road occupied by William Clarke, later let to L.B. Carpenter. The same records confirm that in 1861 Woodstock was the property of J.R. Clarke but J. Ainsworth was the resident tenant. By 1864 Mrs J. Clarke appears to have lived in Woodstock and from 1866 until 1875 she let the house, in turn, to John F. Adams and William Janes. In 1876 Henry Thomas Clarke, a ship chandler, appears to have inherited the house and he lived here until 1885 after which he let it to Thomas Keddie. 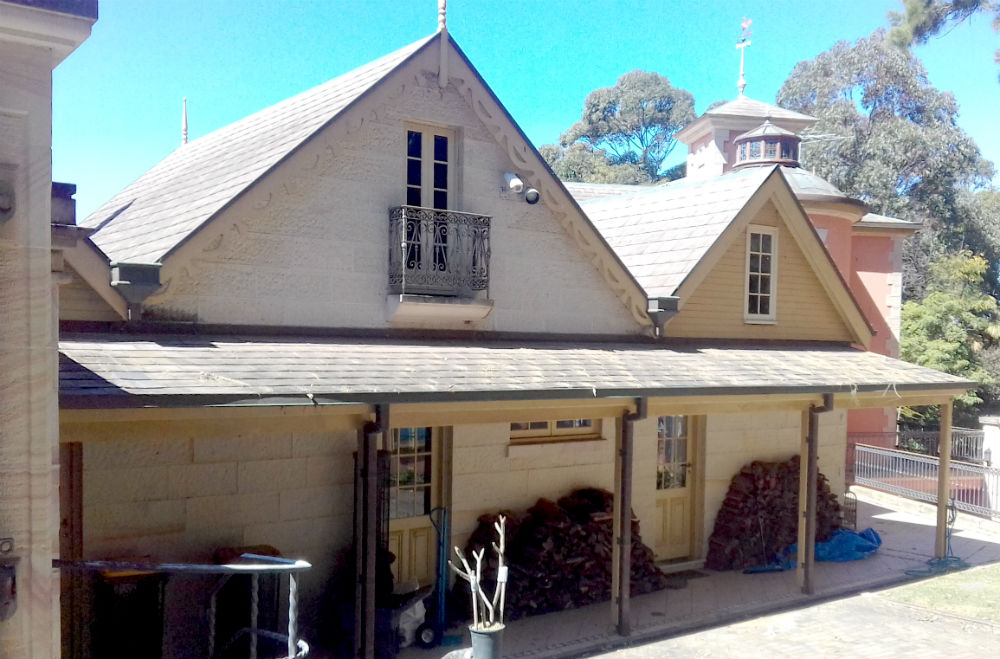