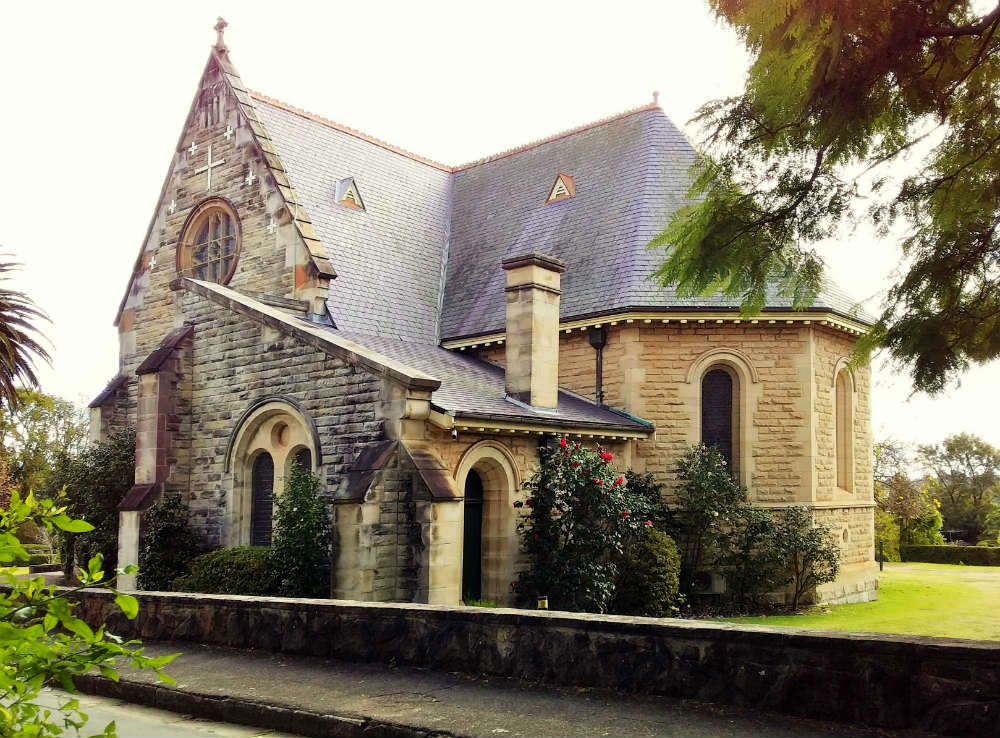 On land that was originally part of Charles Edward Jeanneret’s 30 acre estate, this church was built in two stages between 1890 and 1901 and was supported by the early Irish community. The church and Futuna Street are named in memory of the French Marist missionary, St Peter Chanel, who was killed by natives on the Pacific island of Futuna in 1841. He was canonised in 1954. The rough-hewn finish of the sandstone construction is typical of the 1890s and the surrounding stone houses built in the same period share this characteristic. The church is one of the many French associations of historic Hunters Hill; it is also the first memorial church of St Peter Chanel. The Blessed Peter Chanel Catholic School was located here from 1905 to 1936. It was a Primary School for boys and girls from kindergarten to sixth grade run by the Sisters of St Joseph with about sixty pupils and two teachers.