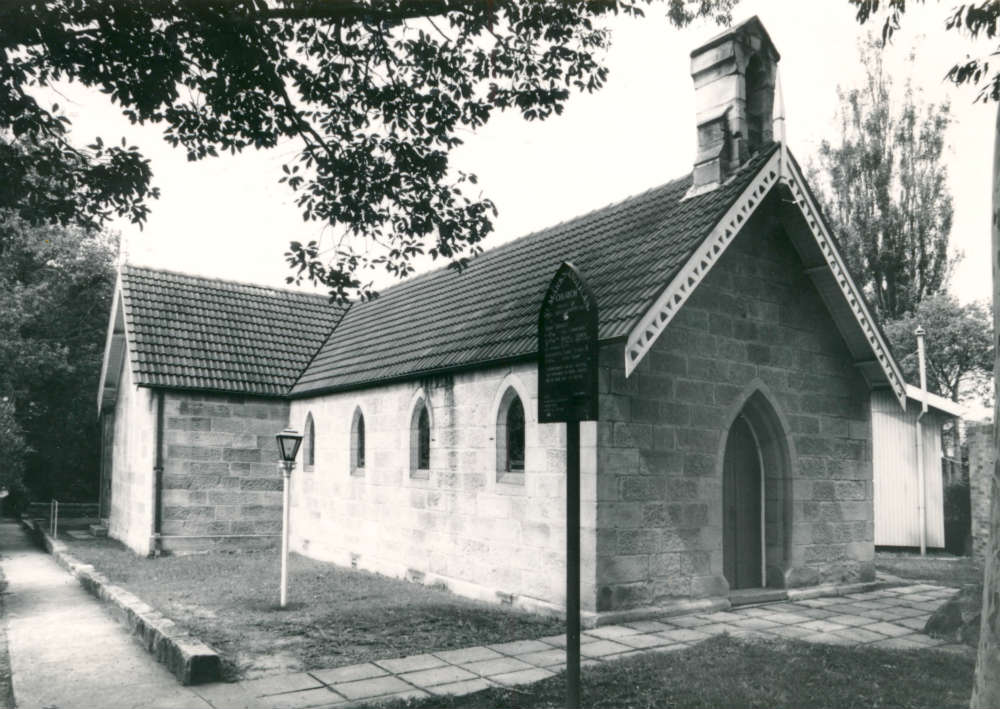 This small stone church was originally Figtree Chapel, designed by Weaver and Kemp. William Weaver had been assistant to Edmund Blacket, Colonial Architect, in the early 1850s and William Kemp had been Blacket’s first articled pupil. In 1857-58, a committee which included Didier Joubert organised a public subscription, and the church was built on land offered by the Joubert family for a nominal sum, at the corner of Church and Joubert Streets. The building was opened as a Chapel Schoolhouse  and was first used for worship on 14th February 1858.  In 1962 it was moved to its current location (originally the tennis court of Kaoota, 26 Avenue Road) to make way for the new Figtree Bridge and Expressway. On 28th October 1962 the Church was consecrated and named in honour of St Mark, the Evangelist and Martyr. The plain windows were replaced by stained glass and the unusual leaf-shaped tiles, which had been on the church roof, can now be seen at 11 Wybalena Road.