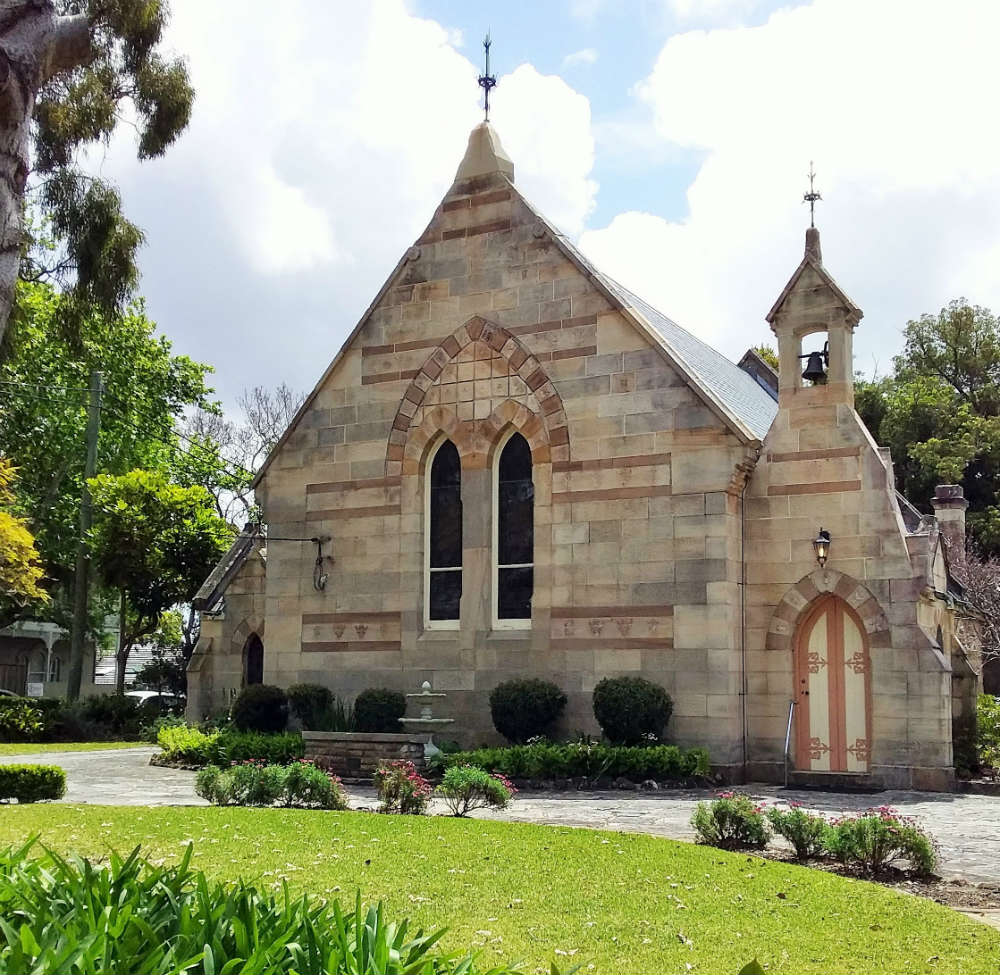 From 1868 services had been conducted (in the Council Chambers or at 20 Ferry Street) by Wesleyan ministers of the Parramatta circuit, and later students of Camden College continued the services. The decision to build a church was taken in June 1873, and about two acres of land was bought for £200. Mr Albert Bond, architect, donated his services, and the Sydney Morning Herald in 1875 reported; ‘…… the church will be chiefly of a pretty white sandstone, obtained in the neighbourhood….. it will have two side porches and the front elevation will be surmounted by a pretty belfry, capped with a metal finial. There will be a triplet window in the gable at the end of the church, which will be of alternate courses of light and dark stone. The building will be four bays in length and the roof carried on elegantly cut stone corbels. The fittings and roof will probably be of varnished pine. The contractor for the stonework is Mr Antonio Bondietti’.

The foundation stone, believed to be in the southwest corner, was laid on January 16, 1875; coins and papers were placed beneath it. The church was opened for worship in November 1876 and the building completed in 1878. John Dobbie was probably the leader of the congregation as he was principal signatory of the letter inviting the first minister. The first organist was Mrs Jeanneret (see Wybalena, 3 Jeanneret Avenue). The stone vestries were added between 1897 and 1899. The present organ was installed in 1922 and moved to its present position in 1937. The sandstone wall around the grounds replaces a picket fence and was built in 1934 as a memorial to several church workers.