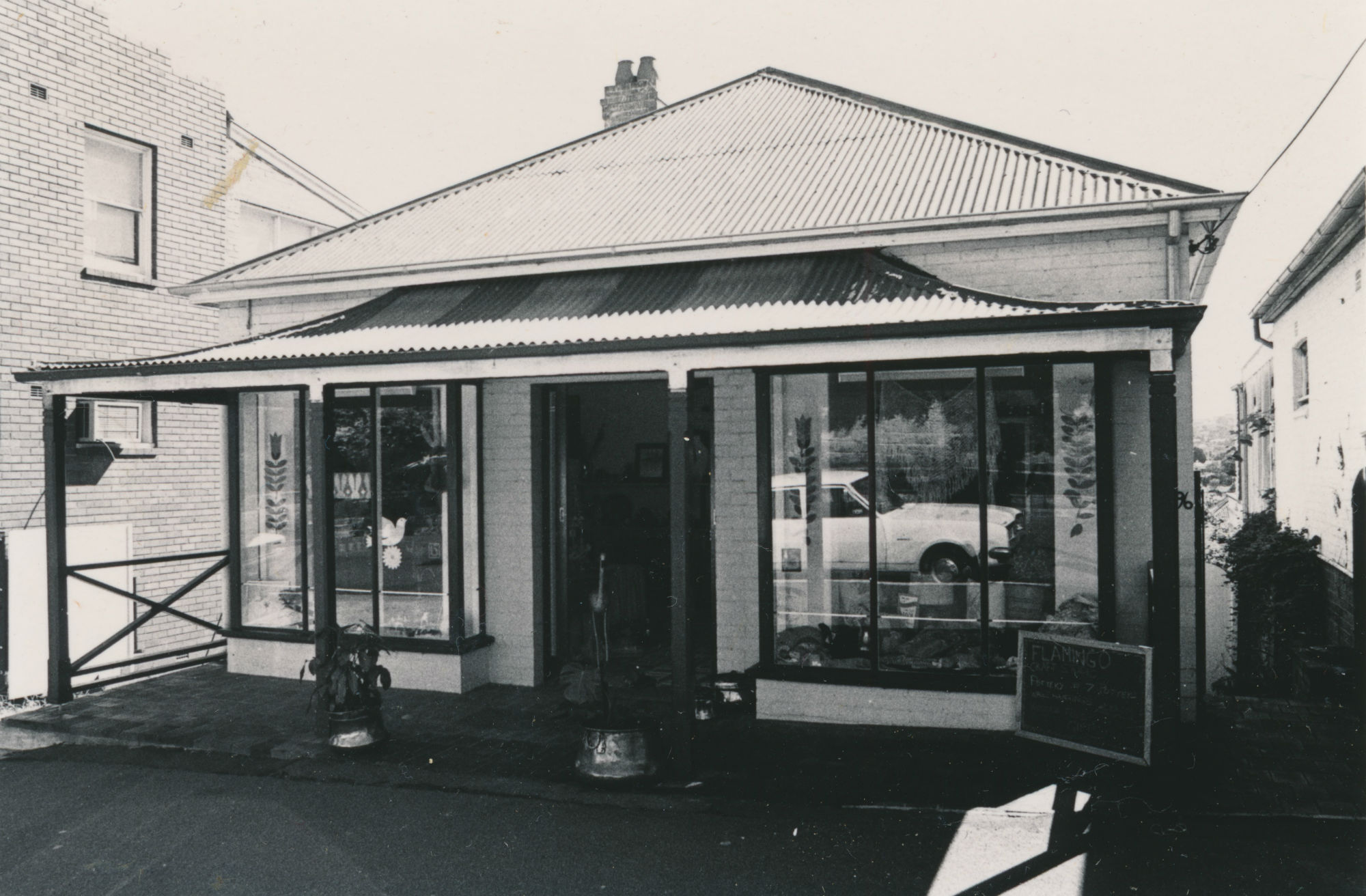 This building is on part of the original grant of 1835 to Thomas Dyer Edwards and this site was sold to John Edwards in 1877. It was sold again in 1878 to Henry Carpenter who sold this part to John Blanchard and the other part to John Burge in 1905. John Skidmore purchased here in 1907 and Sands Directory listed him in Glenroy in 1912. The house was bought by George William Mason in 1971 and he transferred his pharmacy John Watson Chemist (established in 1852) from George Street to 96 Woolwich Road, bringing many fittings and a flagstone. The Museum of Applied Arts and Sciences bought most of the fittings when the shop was auctioned in 1980. The building is now used as offices.