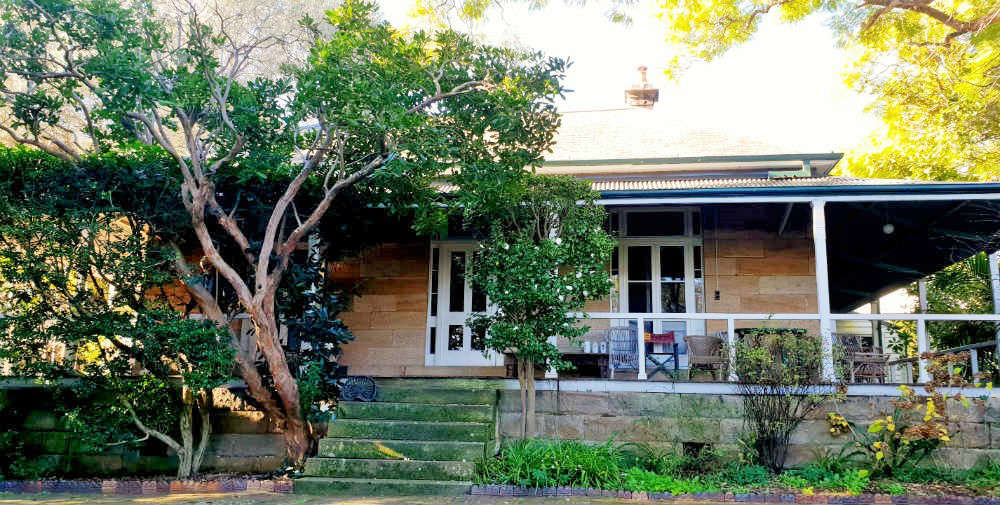 This house is on the site of a large grant purchased in 1836 by John Terry Hughes, a large landholder and property speculator. The house was originally a two-roomed whaler’s cottage and was built mainly in the 1850s. Miss E. Bedford owned the house in 1882; she and Mrs Mary Bedford ran a school here. When Henry G. Kilby lived here between 1888 and 1890 and again in 1916, the house was called Labrena (several spellings appeared in Sands Directory). During 1890 Henry Kilby built his house Bentham next door. This house has had many owners including Judge Bevan and Cyril Pearl.