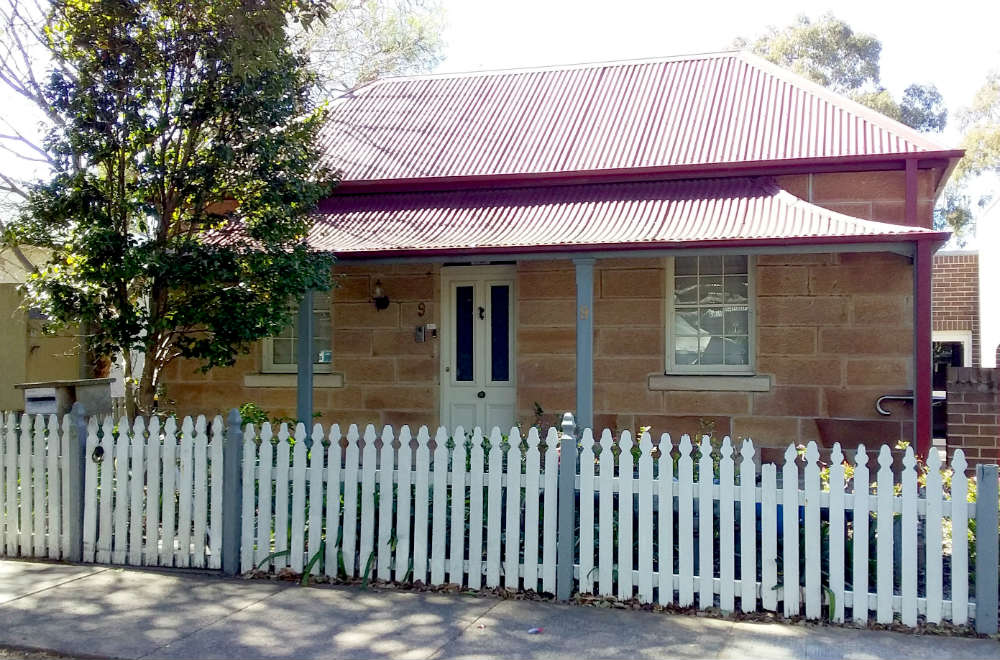 Mrs Hartland was born Hannah Barker at Lane Cove in June, 1848, and lived in Hunters Hill. She married David Hartland, also of Hunters Hill, in 1867 and then lived here until she was over one hundred years old. She owned this cottage from 1884. David Hartland, a stonemason, was employed in the building of St Josephs College and Kentigern (58 Mary Street). 7 Mary Street was a similar stone house also built by David Hartland in about 1881, but it was demolished in January 1977 by the Marist Brothers, owners of St Joseph’s College land, to make way for tennis courts.