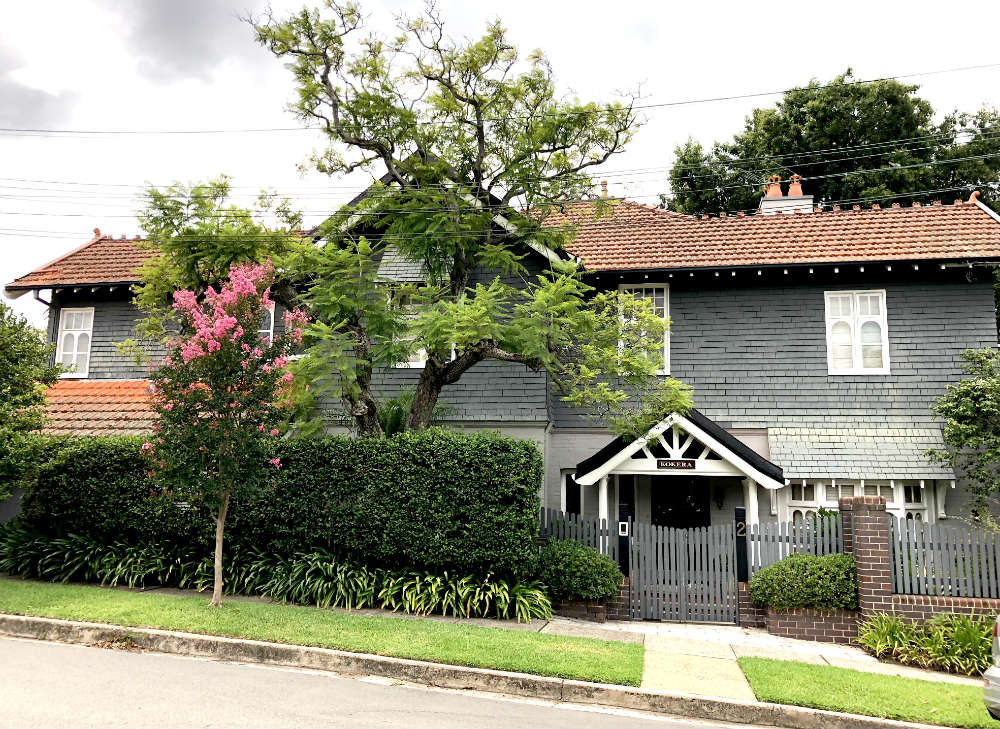 This house was built in 1890 by Thomas Turner. His brother Frank built a one-storey house at the present 5 Viret Street, then an adjacent block of land. The name Kokera first appeared in Sands Directory in 1897 in Alexandra Street, but Kokera Street did not appear until 1908. Thomas Turner was still living here in 1916. The architecture of this house reflects the shingle style which became fashionable in north-eastern America in the 1880s and was introduced into Australia mainly by the Canadian architect John Horbury Hunt (see also 26 Alexandra Street). The fence has sandstone foundations with timber insertions, a style which began to be used at this time.