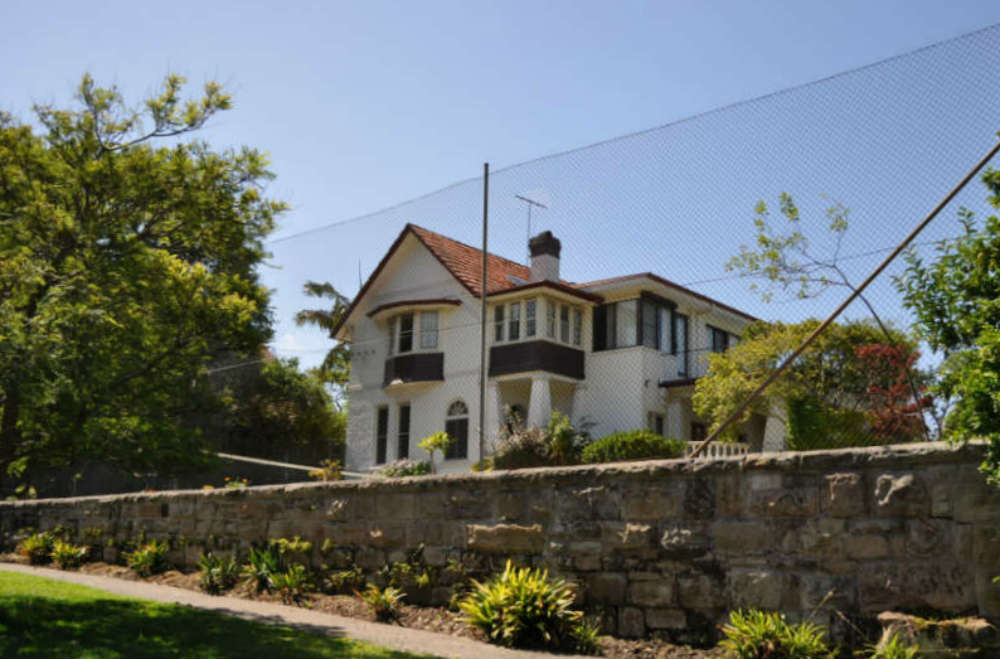 This house is one of Hunters Hill’s most striking examples of early 20th century homes. A large two-storey roughcast dwelling with tennis court, prominent to three streets Alexandra/Kokera and Viret and a significant variant of an Arts & Crafts influenced design. It was built after the take up of the Garden Reach Estate lots that were the subject of land speculation in the 1880s boom, 1890s bust and following the recovery in the early 20th century. Land belonging to Garden Reach Estate was sold in 1897 to Horace Melbourne Sutton [sic] who then sold to James Arthur Roberts, licensed surveyor. In 1926 it was sold to William Charlton who named it ‘Caro Nido’. Rate Book: 1912 Roberts R.J.A., house £1000; 1920 Roberts Nina, house £1200. The Alexandra Street frontage is unaltered with boxed windows and open verandahs while major changes have occurred to the Kokera Avenue frontage with aluminium windows.