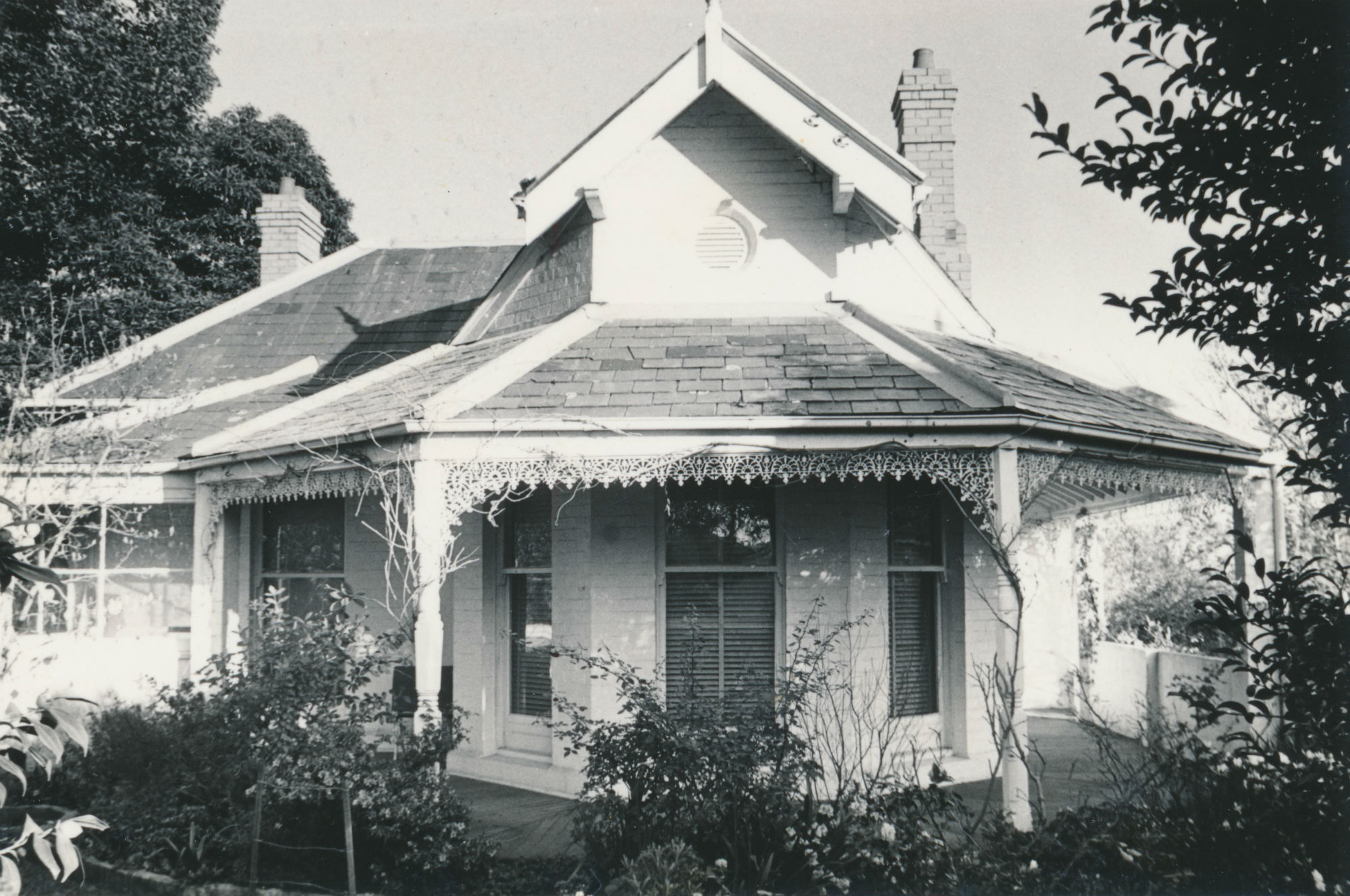 This land is part of 11 acres granted to Thomas Dyer Edwards in 1836 (he had a similar grant on the other side of Gale Street). The land changed hands many times, from Caroline Mary Michel to Isaac Vincent (for £40), to Demas Vincent, to William Charlacombe Vincent in 1882 (£100), to Victoria Louisa Riley  (nee Vincent), to Joseph Monahan, to George Fesq in 1892 (£600). George Fesq, wine and spirit merchant, built Croxted and the house appears to have acquired a rather speedy reputation, being rented at one time for 10s a week. It was rumoured to have been a brothel at one stage, the sailors and workers at nearby Morts Dock making merry opposite at the old Woolwich Pier Hotel then coming over the road to Croxted for further merriment. By 1894 Sands Directory listed Archibald S. Edwards, accountant gentleman, living here and the Edwards family was here until 1932.