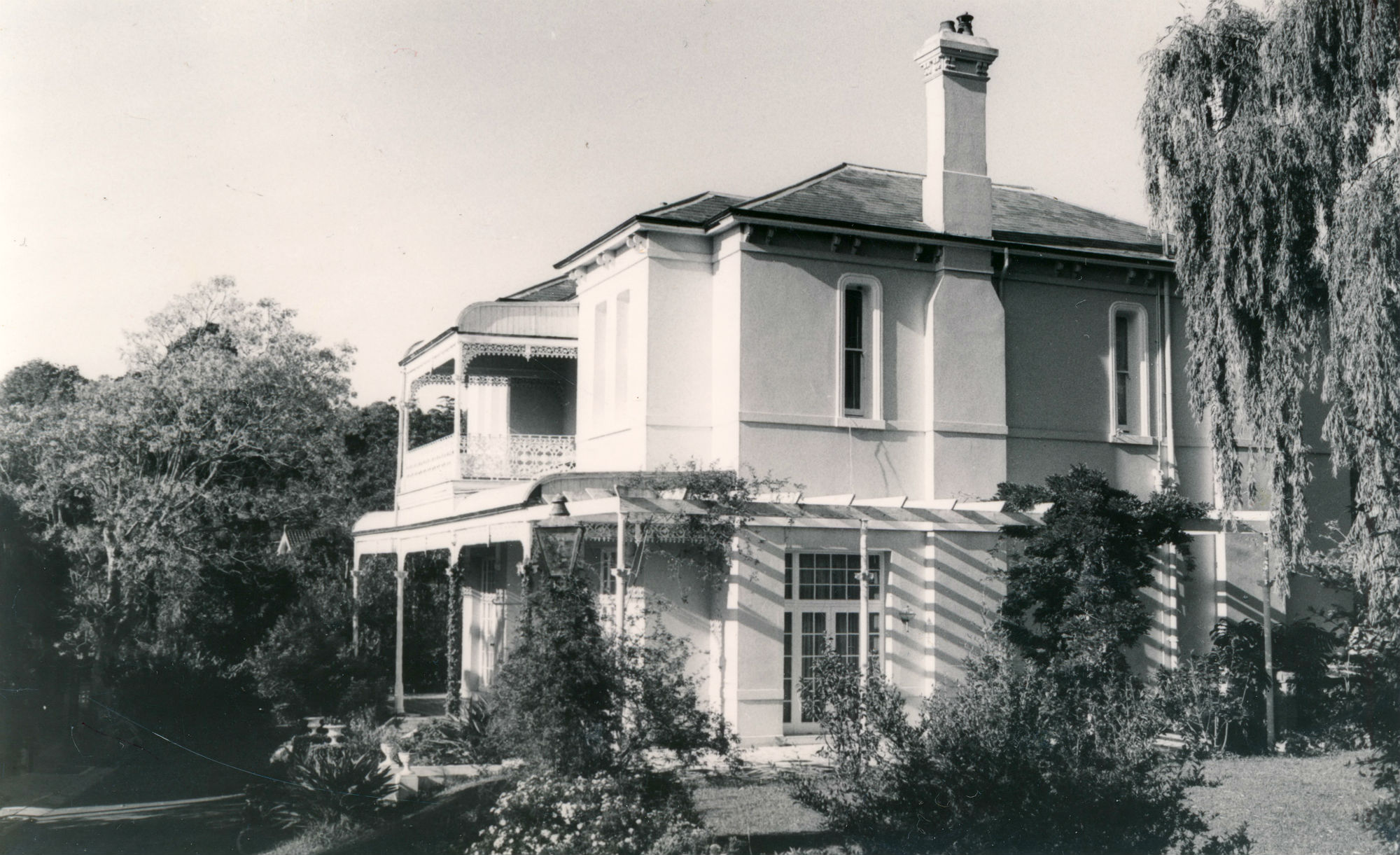 Built on land formerly part of Moocooboolah (65 Alexandra Street) this house was built as an eight-room brick house and kitchen for Walter L. Spiers (Spier) and was first occupied in 1890. It was bought by Albert W. Charlton in 1912 and renovated internally in the Edwardian style. The bull-nosed verandah with its cast iron lace is a notable feature of the house.