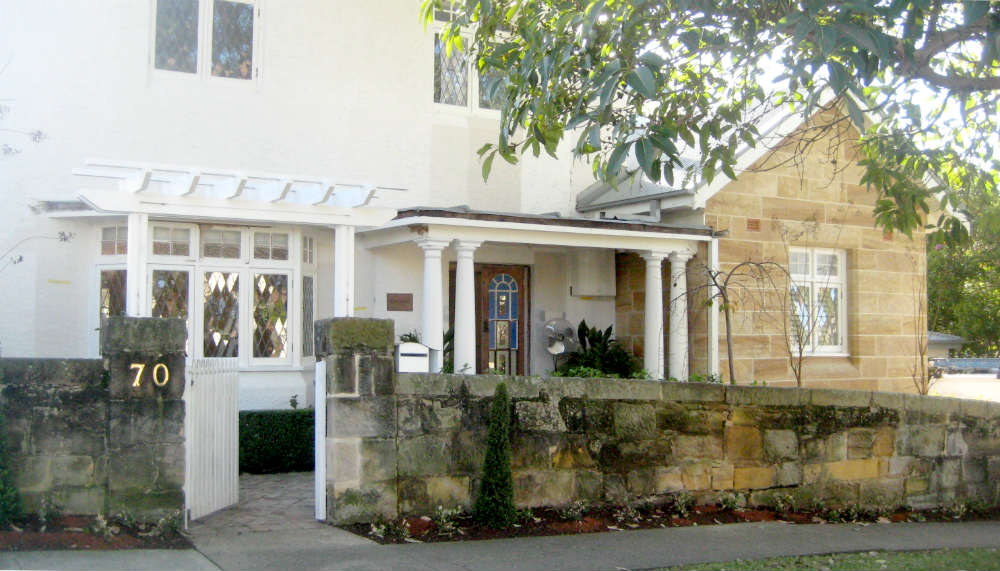 Built on part of the Foss lands, stonemason Ponziano Cavalli purchased this land from Antonio Bondietti in 1867. It is presumed that Cavalli also built the sandstone cottage c1869. A stone building on the allotment of 7 Campbell Street directly behind, was one of his outbuildings or stables. In 1871, Selina Georgina Walker purchased the land and cottage and lived here until 1912. In 1911, two of her spinster daughters took over, subdividing the land and in 1913, spinster Rebe Jane Wight purchased the allotment in 70 Alexandra Street. The 1914 Sands Directory lists Miss R. Wight, Girls Grammar School, in ‘Binstead’. By this time Selina Walker was living at ‘Hurworth’ the large house at 7 Campbell Street.