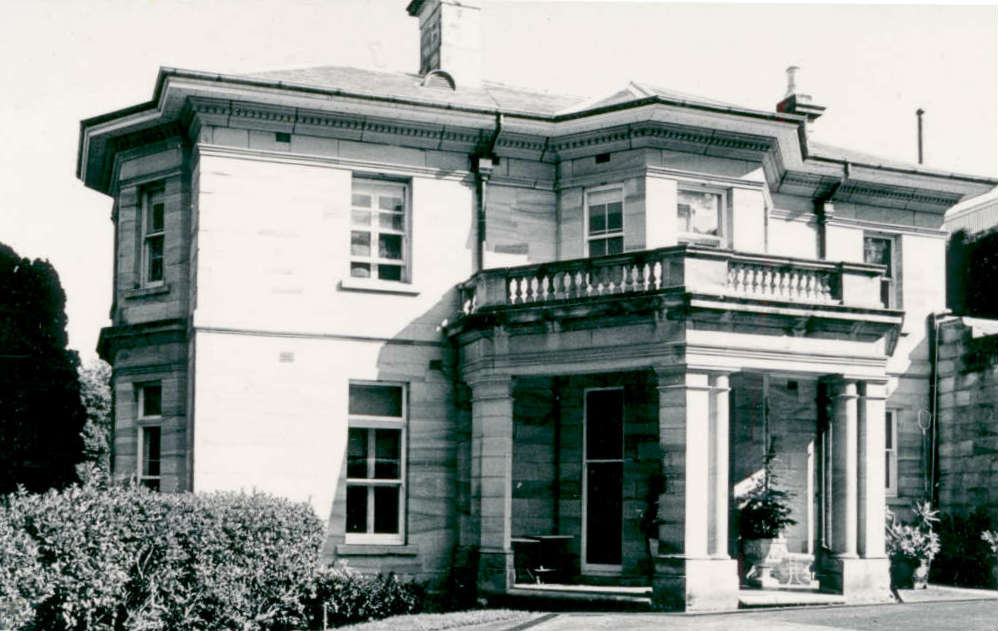 Clifton was built for John Rider Jones on land which was part of the Wybalena Subdivision (earlier this had been part of the Passy Estate) and Sands Directory first listed him there in 1890. The house stood on two and a quarter acres, with coachhouse and stables. Descendants have described the water system, in which water was collected on the stables’ roof and piped across to tanks on the flat roof of the house and in the courtyard; they had gas for lighting, and silver candlesticks ‘to go to bed with’. There is stained glass around the front door and in the main staircase window (as in Araluen and All Saints Rectory which are also 1890 houses). John Rider Jones, Chairman of the Stock Exchange from 1890 to 1894, had seven children and lived here for many years; later members of his family lived at Forton (28 Woolwich Road) and Dera (4 Prince Edward Parade).